Caution Urged in Use of Infant Sleep Machines

They are ubiquitous in baby's bedrooms -- machines designed to help mask disruptive noises and to provide a soothing sound to lull baby to sleep. As any sleep deprived parent of an infant will attest, anything that helps a baby sleep is generally a good thing, but recent research reported in the journal Pediatrics concludes that these machines can produce sounds at levels that can damage infant hearing and, even when played at less than maximum levels, can also have a detrimental impact on speech and language development. 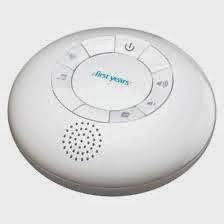 The researchers looked at 14 models of infant sleep machines (ISMs) from online and traditional retailers. The ISMs made a variety of sounds, from heartbeats to whirring to an array of nature sounds. The study measured sound levels using a device designed to simulate the ear canal. Sound levels were measured at three distances, meant to replicate placement in the crib or on the crib rail; on a table near the crib; and across the room from the crib. All of the ISMs produced sounds that exceeded a sound level previously recommended to be the maximum noise level that is safe for infants when placed in the crib or a nearby table. And all but one device exceeded that maximum noise level even when placed across the room.

The researchers caution that more investigation is needed to determine how ISMs are actually used by parents and how masking normal household sounds, including conversations, can impact language and behavioral development in infants. In the meantime, they urge that ISMs should be used at low volume, for short periods of time, and that the device should be placed as far as possible from the infant.
Posted by Yellin Center for Mind, Brain, and Education at 10:24 AM