College admission letters and emails have been received. Financial aid packages have been offered. Most students have made up their minds and sent in their deposits for their place in next year's freshman class. But, for some students, the decision process is not complete. What might be the issues that would keep a student undecided until the very last minute?

First, it is important to know that almost all colleges comply with the Mandatory Practices of the National Association for College Admission Counseling (NACAC), which include:

[Colleges] agree  they will permit first-year candidates for fall admission to choose among offers of admission and institutionally-affiliated financial aid and scholarships until May 1, and state this deadline explicitly in their offers of admission, and not establish policies nor engage in practices whose effect is to manipulate commitments prior to May 1. 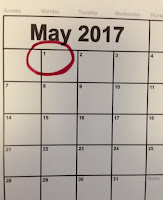 May first is next Monday, leaving almost no time left for students who have not yet made up their mind. And why would a student still be undecided about their college choice? There are several reasons why this might happen.


For those students who are not simply undecided, but who may have be faced with one of the situations described above, the best path is to immediately contact your desired school's Office of Admissions and see if postponing your enrollment for a year (or a semester) is possible. This is less likely to be granted if your postponement is due to financial reasons. But it never hurts to ask. Why ask? Because deferring enrollment has important benefits, including not starting the application process over again and knowing that you will be admitted when your period of deferment is over.

And what about students who are torn between two or more acceptances and are waiting until the last minute to make up their minds? It isn't easy to decide, but they should know that more than one-third of college students transfer to another school.


Posted by Susan Yellin, Esq., Advocacy and Transition Services at 2:23 PM No comments:

Social Cognition and the Benefits of Being Nice

In a recent New York Times article, “Be Nice — You Won’t Finish Last,” author Sarah Maslin Nir reflects on having been a generally kind and amiable person, which served her well as a child and then seemed to link to a lower social status as a teenager. She then considers her experiences in the context of work by Dr. Mitch Prinstein, a University of North Carolina at Chapel Hill professor, who has studied the phenomenon of popularity. Dr. Prinstein draws a distinction between likability and status, and has researched their respective trajectories. The kind of friendly and altruistic behaviors that Nir displayed from early childhood link to positive outcomes in adulthood, including in romance and business. The status of Nir’s cooler teenage peers, however, which may have emerged from a combination of power and dishonorable behavior, is actually associated with negative long-term outcomes. In particular, high-status teens are at increased risk for going on to engage in dangerous behaviors.

Dr. Prinstein notes that being open and kind fosters likability, which in turn facilitates opportunities for enriching experiences and learning, which then contribute to advancement. “Be nice” is clearly good advice from a moral standpoint, and following the Golden Rule should be encouraged for its own sake.

It is worth keeping in mind, though, that social skills are also important for academic and lifelong success. This is why here at The Yellin Center, we include social cognition among the various areas that we look at and discuss as part of our assessments. A student could have plenty of intellectual resources, but without being able to understand, relate to, and get along with others, one’s learning and achievements could only come so far. With collaboration having become an integral part of the classroom experience, students generally have ample opportunity to hone and utilize skills that will be vital in the rest of their lives, across settings.

It should be noted that being socially skilled is not synonymous with being extroverted, despite what may be some common misconceptions. Susan Cain, author of Quiet: The Power of Introverts in a World That Can’t Stop Talking, has been a key figure in synthesizing and sharing research regarding introversion. Introverts, representing one-third to one-half of the population, are not necessarily shy, but prefer and thrive in environments where social stimulation is relatively low. They tend to listen more than they talk, to think before speaking, and to have careful, sensitive temperaments. These qualities, all aspects of social cognition, can foster achievement, creativity, and a valuable kind of leadership. Being an extrovert or an introvert is not better or worse; often what is most important is finding the right fit between personality and niche. Keeping this in mind, educators should be careful not to encourage class participation to an extent that is at the expense of identifying and nurturing students’ differing natures and assets; but certainly “Be nice” is a goal worth having, for many reasons, for everyone.
Posted by Lindsay Levy, Ed.M. at 10:57 AM No comments:

A Clear Guide to Assistive Technology

Usually, when we write about a resource document, we carefully set forth what it says and offer guidance to the readers of our blog to help clarify and explain its content.

This isn't needed for the excellent guide from the ARISE Coalition (Action for Reform in Special Education) that provides detailed, clear information for parents about assistive technology (AT) devices and services;  students' AT rights; parent advocacy tips for acquiring AT; and resources for more AT information and special education support.

A quick look at the list of organizations and individuals that comprise the ARISE Coalition gives some sense of the substance behind this resource, but it also is so clearly written that it is a "must read" for any parent with a student in New York City public schools -- whether he or she receives special education services or not. The section describing different kinds of AT and what these devices can do can also be helpful for children who do not reach the threshold of having a disability, but may still benefit from AT.

Furthermore, although it is written for New York City parents and references the New York City Department of Education's Family Guide to Assistive Technology, the ARISE Coalition guide can provide helpful information to parents outside of NYC, especially in the "Additional Resources" section at the end.
Posted by Yellin Center for Mind, Brain, and Education at 11:47 AM No comments:

The Benefits of Social-Emotional Learning

A new "issue brief" from Penn State University (with support from the Robert Wood Johnson Foundation) notes that elementary age students who participate in school based programs in Social-Emotional Learning (SEL) show:

What is Social-Emotional Learning? According to the Collaborative for Academic, Social, and Emotional Learning (CASEL), an organization that works in the areas of research, practice, and policy make to help make evidence-based social-emotional learning a part of all students' education, SEL involves five core areas of competence: 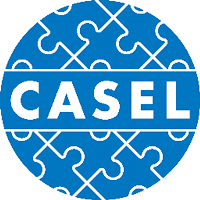 Learn more about how your family and your school can build on the research about SEL and help children reap the personal and academic benefits that SEL can provide.

Thanks to @jeremykoren for letting us know about this new report.

Posted by Yellin Center for Mind, Brain, and Education at 11:42 AM No comments:

Parents of children with learning and other challenges often wonder if environmental factors could have caused or been a factor in their child's difficulties. As noted in a recent issue of Pediatrics, this question was behind the 2015 founding of Project TENDR (Targeting Environmental Neuro-Developmental Risks) by scientists, physicians, other health professionals, and advocates. Project TENDR's mission is to raise awareness of the risk from toxic chemicals to the development of brain-based disorders in children, including intellectual and learning disabilities, autism, and ADHD.

In July 2016, TENDR issued a Consensus Statement, intended to be a Call to Action ...

"to reduce exposures to toxic chemicals that can contribute to the prevalence of neurodevelopmental disabilities in America’s children. The TENDR authors agree that widespread exposures to toxic chemicals in our air, water, food, soil, and consumer products can increase the risks for cognitive, behavioral, or social impairment, as well as specific neurodevelopmental disorders such as autism and attention deficit hyperactivity disorder (ADHD) (Di Renzo et al. 2015; Gore et al. 2015; Lanphear 2015; Council on Environmental Health 2011). This preventable threat results from a failure of our industrial and consumer markets and regulatory systems to protect the developing brain from toxic chemicals. To lower children’s risks for developing neurodevelopmental disorders, policies and actions are urgently needed to eliminate or significantly reduce exposures to these chemicals. Further, if we are to protect children, we must overhaul how government agencies and business assess risks to human health from chemical exposures, how chemicals in commerce are regulated, and how scientific evidence informs decision making by government and the private sector."

The Consensus Statement coincided with the June 2016 signing of amendments to the Toxic Substances Control Act (TSCA), the Nation’s primary chemicals management law, but the authors of the Consensus Statement note that this legislation, while "an important step," provides "too little action at too slow a pace."

The Consensus Statement sets out frightening information about the vulnerability of developing fetuses and children to environmental toxins. So what can parents do to avoid exposing their children to these poisons?

The American Academy of Pediatrics (AAP) Healthy Children initiative has a comprehensive list of steps parents can take to reduce the exposure of their children to pesticides, including links to information about organic foods. The AAP site has similar helpful information about numerous other risks, such as lead and mosquito spraying. Scroll through the list of topics to find those you want to review and take the recommended actions to reduce the risks to your family.

Posted by Yellin Center for Mind, Brain, and Education at 11:21 AM No comments:

In an earlier blog, we discussed the importance of educators teaching children not just content but how to think. It is worth noting that teaching philosophy to children may have benefits that include some less readily apparent ones. One study, that tracked thousands of students in schools across England, found that participation in philosophical discussions correlated with reading and math gains. This was a bonus finding, given that the philosophy course was not designed to improve literacy or numeracy.

The particular intervention in this study was a course called Philosophy for Children (“p4c”), with a curriculum focused on facilitating questioning, reasoning, and collaboration. Teachers and students who received the p4c intervention generally reported positive responses such as increased listening skills, self-esteem, and confidence to speak. Perhaps an enhanced sense of ownership over their learning helped the students stay actively engaged with their course work, thereby contributing to improved levels of performance. 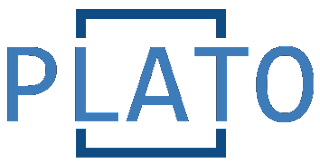 The Philosophy Learning and Teaching Organization (“PLATO”) notes that people of all ages can engage in philosophical thinking, and that young children — with their natural curiosity — can actually be particularly eager pupils. By encouraging active listening and questioning, philosophy not only helps students to more accurately ascertain truth but to find personal value, and therefore productive engagement, in their schoolwork.