Tips for a Manageable Email Inbox

Peeking into a student's backpack or dorm room used to be a good indicator of his organizational skills. But these days a student's email inbox may be more revealing than the way he manages his paper load. Information and documents are increasingly distributed to students via email instead of on paper, and many students aren't able to stay on top of their electronic clutter. We considered tips from organizational coach K.J. McCorry, founder of an environmentally-focused organizational consulting business called Eco-Officiency, and did some of our own brainstorming as well, to come up with this advice for students (and, just maybe, parents, too): 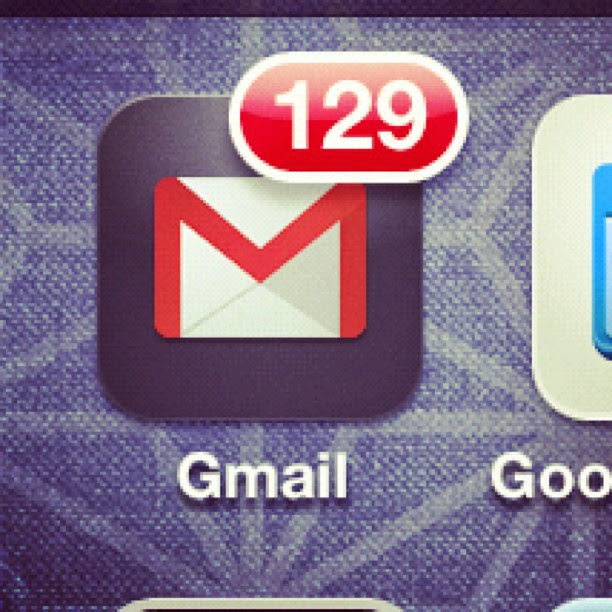 There's no single way to manage email, but we hope these tips will help. They certainly work for us!

photo credit: EUNOIA via FlickrCC
Posted by Beth Guadagni, M.A. at 10:55 AM No comments:

Learning math can be stressful for some children, which is why we love games that can make the process enjoyable instead of daunting. Magic Squares, a great game shared with us by a creative veteran of the classroom, is too good not to share. There's a fair amount of set-up required, but if teachers laminate the board and cards, the game can last for years.

Magic Squares is excellent for children in first through third grades. To create the game, an adult should create a grid of 100 squares that is ten squares high by ten squares wide. This is the board. Each square should be numbered from 1 to 100.

Number cards are also needed. On squares of paper, the adult should write digits ranging from 1 to 100. There is no need to do this 100 times; ten or so cards with randomly selected numbers written on them should suffice*. The number cards should go into a bag.

Finally, the adult should make action cards, which will show operations. The operations can vary based on the age and skill of the players. For example, some cards could say "+10" or "+2" and others could say "-5" or "-3."**

To play the game, each player should draw five action cards; these can be kept secret or laid out on the table face-up. Then the adult should toss a penny onto the board. Whichever number it lands on is the starting point. Then the adult should draw a number card. For example, imagine that the penny landed on 32 and the adult drew a 20. The players must move the penny by using their operation cards. Each player gets the chance to play a card to get the penny closer to 20. The first student might play a "-10", for example, and move the penny to 22. The second student might play a "-1" to move the penny to 21. (Each time an action card is played, the player should discard it and draw a new card from the pile.) There is no winner in this game; since the students must work together to move the penny to the right number, they should all earn a small prize each time they succeed, such as a point toward a common prize, a single Skittle, etc.

The students we observed loved this game so much they actually groaned when it was time to go home for the day! We hope you enjoy it as much as they did.

These days, more and more communications happen in cyberspace. To introduce your kids to online networking, why not create a family blog, or allow them to share posting responsibilities for an existing blog? Creating posts gives kids practice generating discourse, keyboarding, editing, and more, and it can be an excellent opportunity to discuss the crucial issues of online safety and privacy with youngsters in a relevant context. Here are a few ideas for launching the younger members of your household into the blog-sphere: 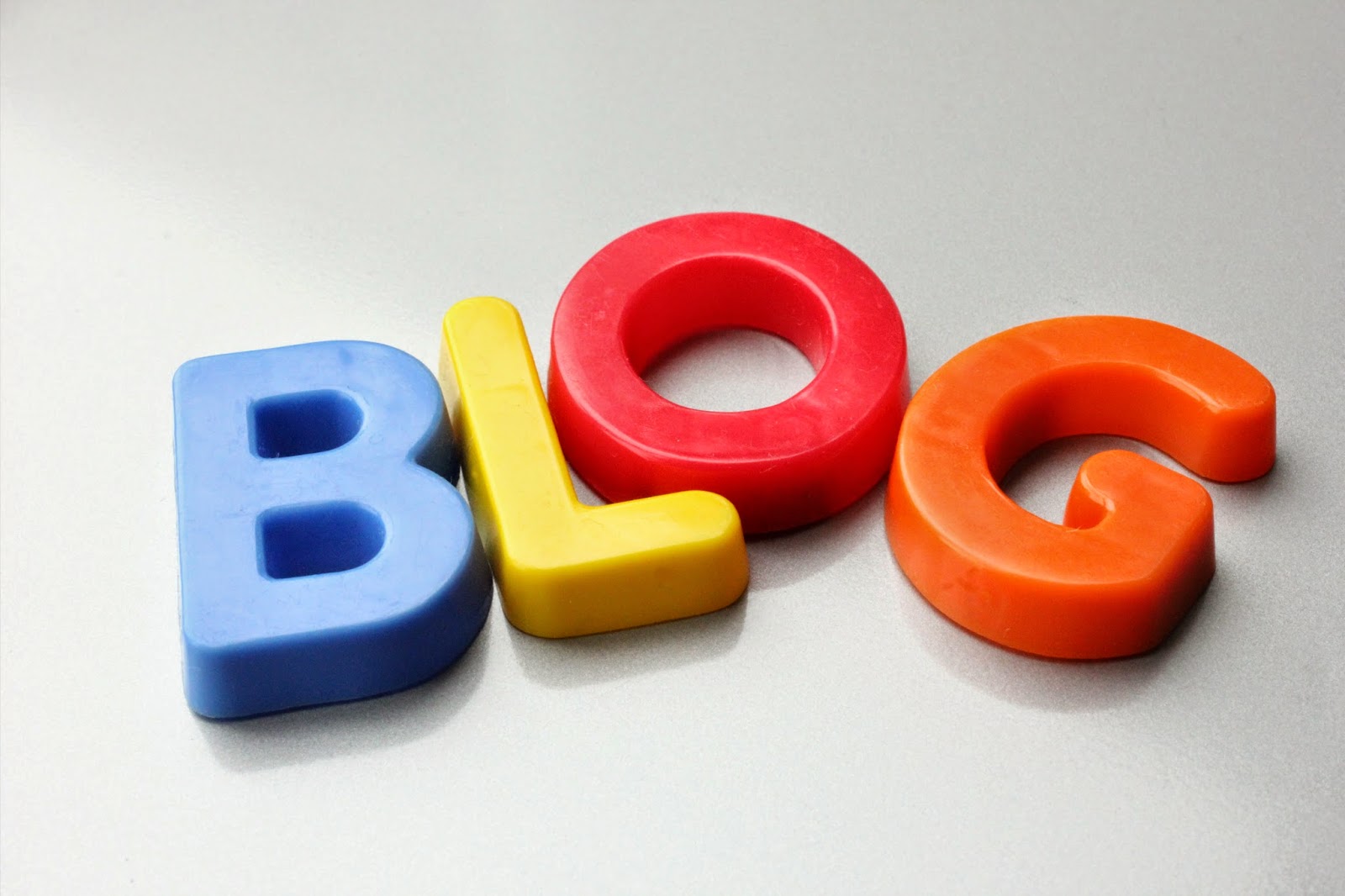 Finally, a note for well-meaning parents: While learning to edit is valuable, try not to be too heavy-handed with suggestions and corrections. Help your young writer to re-read what he has written and show him how to resolve the red squiggly lines that mean he's made a mistake of spelling or grammar, but otherwise let his words be his own. Blogs are wonderful records, and he will probably enjoy returning to old posts as he develops as a writer for concrete proof of how far he has come.

photo credit: Christian Schnettelker via flickr cc
Posted by Beth Guadagni, M.A. at 9:16 AM No comments:

With Valentine’s Day right around the corner, today’s resource is a fun, simple math game I created for young learners. When I first started substitute teaching, I always tried to have my own creative lessons and activities that I could bring with me to classrooms in different grades. I found this left the kids excited to have me, and relieved some of the pressure the classroom teachers felt to ensure they left me full day's plans. However, as a substitute who is trouncing from classroom to classroom you can’t always be lugging around mass quantities of materials, so simple is the best approach. The same logic goes for busy parents with an endless to-do list or a classroom teacher with a variety of competing demands.

This game hits the mark in terms of simplicity. All you need is a set of dice for half the class and the handout, leaving both the prep and needed materials minimal. I used this as an early finisher activity all the way up to grade eight (even the older kids like a break to be a kid now and again) or paired it with a Valentine’s Day picture book to turn it into a math activity for the primary grades. It is a great lesson for number identification for early learners. I always kept the students switching partners, which made this is a great social and interactive activity that fills up the spare moments of time before transitioning to something else. 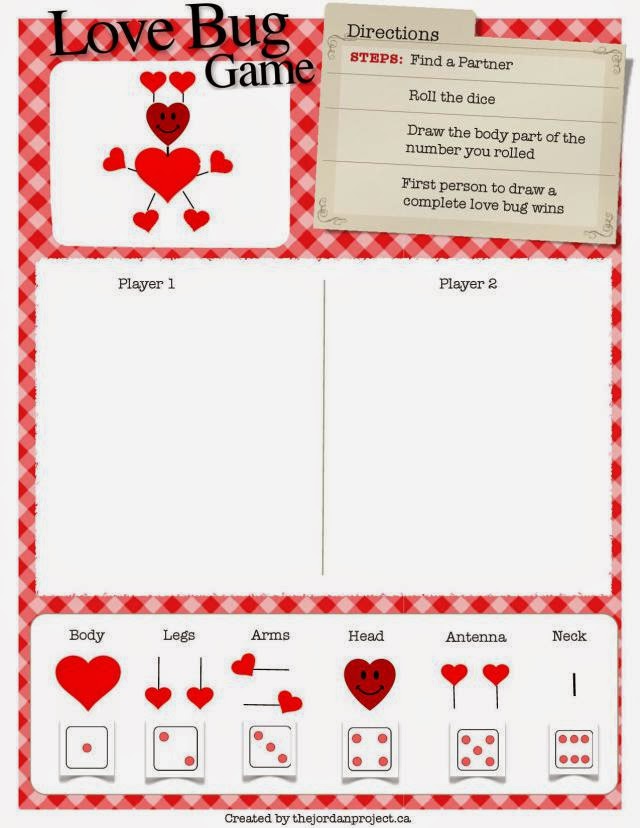 Posted by Renée Jordan at 9:37 AM No comments: 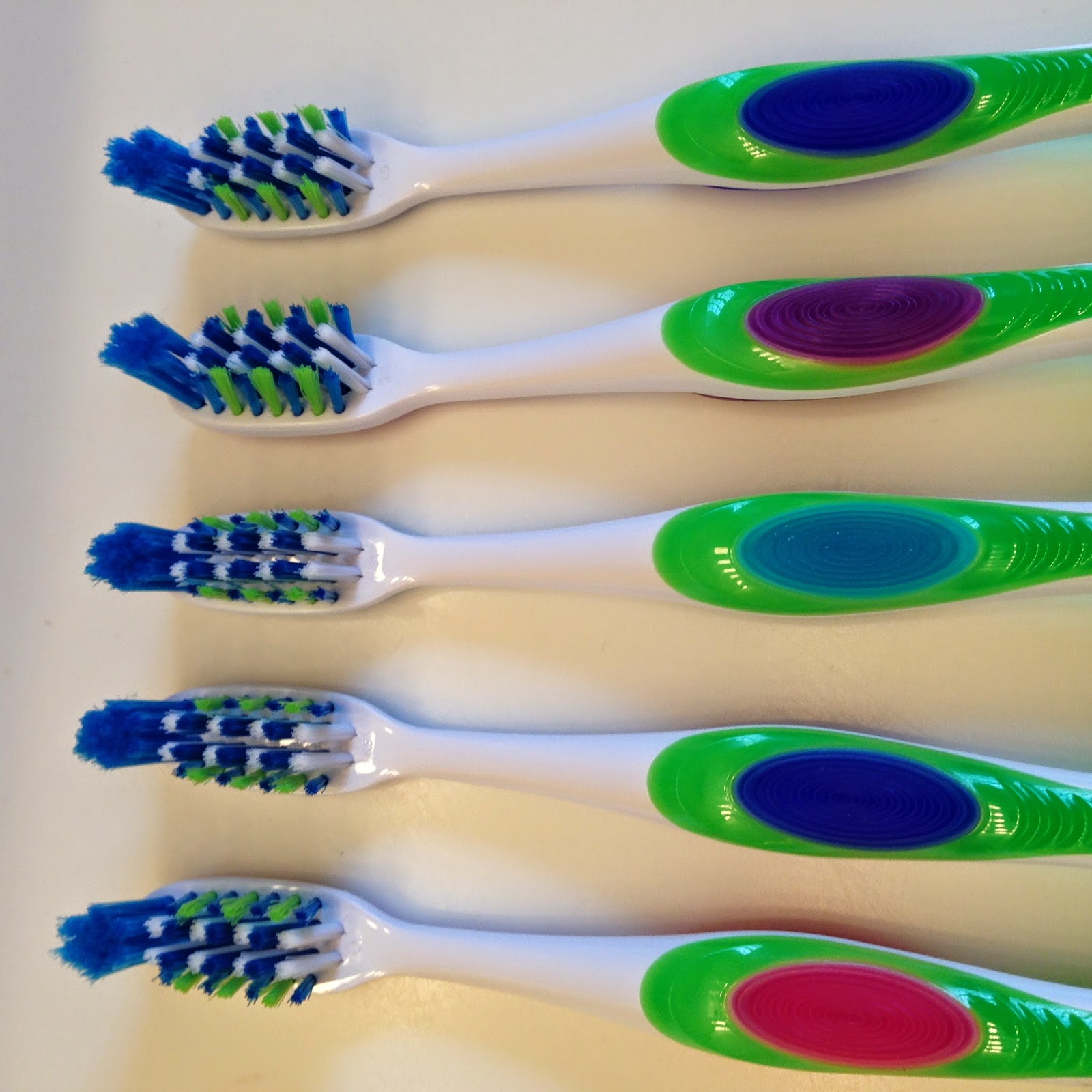 According to the American Dental Association (ADA), developing good oral care habits early can help start kids down the path to a lifetime of healthy teeth and gums. Tooth decay is the most common chronic childhood disease. Not only is it painful, but dental disease can cause kids to miss school, which negatively impacts their learning. The good news is that tooth decay is preventable!

The best way to observe Children's Dental Health Month, of course, is to encourage kids to brush twice a day for two minutes at a time. There are numerous tools available to help make sure kids brush for long enough, from simple timers to hourglasses  to this zany, light-up critter named Molar Mate. 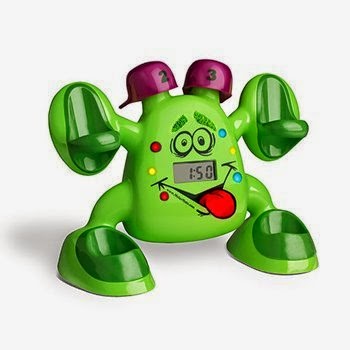 There are lots of fun ways to help youngsters learn about their teeth and oral health, too.
Children will enjoy doing the experiments provided in a fun card pack from Renaissance Dental. These simple activities will help them learn about the importance of flossing, the powers of fluoride, and more, all in a hands-on way.

For game-lovers, the ADA has put together an activity pack of word searches, connect-the-dots pictures, coloring pages, and more. Online gamers will find plenty to do on Colgate's Kids World page. There are plenty of free games to choose from for children as young as two and as old as nine.

The temptations of Valentine's Day candy mid-month will put kids' dental hygiene habits to the test. Make sure they're ready to take a bite out of tooth decay with healthy practices!

This One is Personal - For Mom

My mom, Hedda Denburg, died on Sunday at age 90 after a period of declining health. But this is not intended as an obituary. It is a celebration of excellence and teaching, both of which were hallmarks of my mother's life. 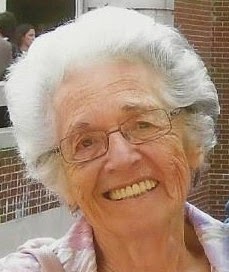 She was a terrific mom to me and my late sister; a devoted wife to my dad, who predeceased her by 13 years; and a loving aunt and great-aunt. She deeply loved my husband Paul, although she never stopped giving him a him a hard time. She was the last survivor of four siblings and she deeply missed her sister and brothers. She had many friends and, as I have spoken to some of them over the last couple of days, they have all told me how much she will be missed. But nothing meant more to her than her three grandsons--my sons--each of whom spoke about her at her funeral yesterday.

Mom spent 34 years as an elementary school teacher in the New York City public schools, at a time when most women of her generation did not work. She was a proud graduate of Hunter College, which she always explained was further from her home than Brooklyn College but gave you free books, which her family could not afford to buy. Of the eloquent and loving tributes of her grandsons, it is an excerpt from the eulogy of my middle son, Matt, who is a New York City high school teacher, that I want to share:

My grandma was born to be a teacher. She taught in New York City public schools from 1946 to 1983 (with a few years off for maternity leave) and, as someone who followed in her footsteps, even down to teaching in the same Queens neighborhoods, I want to tell you a little about my grandma the teacher. About two years ago, we came across a file of her teacher evaluations. These letters from her supervisors, so similar to the ones I get today, painted an incredible portrait of my grandma. In each one, she is described as the teacher who goes above and beyond. Who passionately finds ways to reach students that other teachers gave up on. Who remembers that the little things--giving out cupcakes at the end of a science fair, singing a song with second graders to help remember a lesson, letting a student have the chance to explain an answer even if it seems wrong at first--are the things that really matter. 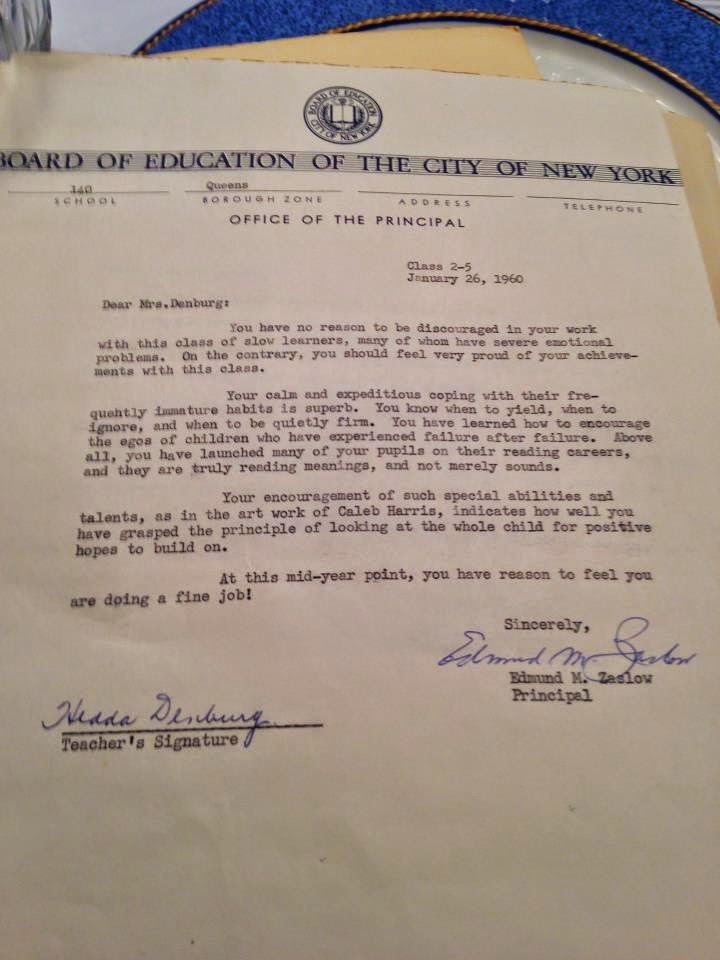 The letters are a treasure trove of little stories in which my grandma plays the hero--my hero. One letter, from 1960, describes a class that the principal refers to as “slow learners.” A lot of the letters include these types of descriptors; it sounds like they gave my grandma the kids other teachers didn’t want to deal with. In this letter, the principal tells her that she “has learned how to encourage the egos of children who have experienced failure after failure.” Another tells about a group for whom she has “launched their career as readers. They are finally, truly, reading.” Each ends with some of the most effusive praise you can imagine. I never got to know my grandma as a teacher, but the sharp wit and incredible selflessness that I did know matches so well with the content of these descriptions that I can imagine who she was in the classroom.

Goodbye, Mom. We will miss you.
Posted by Susan Yellin, Esq., Advocacy and Transition Services at 10:52 AM No comments: