Another Place to Look for Information

For a number of years, your blogger has written an "Ask the Experts" column for ADDitude Magazine, a print and online publication that is focused on issues of interest to adults and children who are dealing with attention and related disorders.

As a new series of Questions and Answers began posting today (with additional posts to be added each Wednesday for the next three weeks), we thought it might be useful to look back at some of the questions we have addressed that might be relevant to the readers of this blog. This new series of Q&A's covers issues faced by older students - transition, SAT accommodations, and managing independently. But other columns have dealt with a broad array of topics, including:

You can search under "Susan Yellin" for the full list of articles, shorter Q&A's and links to webinars, some dating back several years. We hope you will find them helpful.

In the meantime, have a Safe and Happy Halloween! 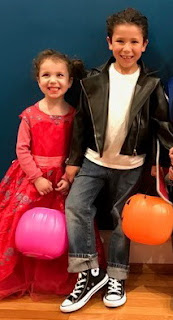 Posted by Susan Yellin, Esq., Advocacy and Transition Services at 10:32 AM No comments:

Email ThisBlogThis!Share to TwitterShare to FacebookShare to Pinterest
Labels: adhd, resources for families

Students can have an IEP for a wide array of reasons. The IDEA specifies 13 different categories of disability that can be the basis for providing IDEA services to a student. But we know that children can have more than one area of disability. We often suggest that parents think of their child's classification on their IEP as a key that unlocks the right to whatever services their child may require, whether or not those services are directly related to the classification that appears at the top of the IEP document itself. 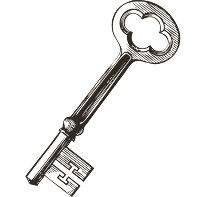 Parents sometimes ask if it matters what classification is listed on their child's IEP. It can, but only in very limited circumstances. Non-public schools that are approved by a state to provide educational services will be limited to students that are classified as having one of the disabilities for which that school is approved. So, a child with a classification of "other health impaired" will not be sent by her school district to a school that is approved only for students with a specific learning disability.

No one likes labels, but they are part of the IDEA. Even so, their impact on the day-to-day workings of a student's IEP do not limit the services and supports that a student should receive. Of far greater importance are the special education and related services, modifications, and accommodations that are provided to each student and the goals that are set out for the student to meet.

Posted by Susan Yellin, Esq., Advocacy and Transition Services at 1:29 PM No comments:

The Importance of Early Hearing and Vision Screening

Almost every student we see here at The Yellin Center is given a vision and hearing screening. These are not meant to take the place of in-depth testing by ophthalmologists, optometrists, or audiologists, but are an important part of checking for anything that could interfere with a student's learning and school success. Children who can't see the blackboard clearly, who find text in books to be blurry, or who have difficulty hearing instructions from their teachers or classroom discussion, are at a disadvantage when it comes to learning. Most of the time, the students pass these screenings with flying colors -- but sometimes we note difficulties that warrant further investigation.

Our colleagues at the American Academy of Pediatrics (AAP) note that screening for hearing loss should begin very early in infancy,  not later than the first month of life. Infants who do not pass this initial screening should have a comprehensive audiological examination not later than at three months of age. And interventions should begin by age six months, from appropriate professionals with expertise in hearing loss and deafness in infants and young children. Even infants who pass the initial screening should have the development of their communication skills evaluated at their well-baby visits starting by two months of age.

The importance of early screening for hearing issues was noted in a recent New York Times article by long-time health writer Jane Brody, who looked at the amazing technological advances in recent years that have enabled most children born with hearing loss to hear, speak, and learn together with children without hearing difficulties, albeit with extensive speech and language training and lots of hard work. The article notes that a new documentary, "The Listening Project"demonstrates the impact of technology, specifically cochlear implants, on the hearing impaired. The trailer for this film is quite compelling to watch.

Posted by Yellin Center for Mind, Brain, and Education at 11:27 AM No comments:

Tools to Inspire the Reluctant Writer

In an excellent recent article in Education Week, elementary school teacher Emily Galle-From discussed the enjoyment she got from teaching young children about writing. By encouraging her students to let their imaginations soar, to exercise their creativity, and to use a variety of ways to convey their stories - prose, poetry, correspondence, and artwork - her  students were able to express heartfelt thoughts and process complex feelings in ways that were meaningful to them.

Here at The Yellin Center, we know that many students find writing difficult. The reasons for this vary. Some students have trouble organizing their thoughts. Others find putting pen or pencil to paper - or keyboarding - problematic due to graphomotor or fine motor difficulties. Other students struggle with word finding or even reading their own work. Not surprisingly, when children find writing difficult, they are reluctant to write. However, the best way to become a better writer is to write.

We often recommend tools to help even the most reluctant writers to create and share their stories. These include:

We hope that one or more of these tools can be helpful to a reluctant writer you may know.

Posted by Yellin Center for Mind, Brain, and Education at 11:04 AM No comments: