Skip-Counting by Fours ... And a Multiplication Game

In her last post, Colorado teacher Beth Guadagni shared the concepts behind one of the methods she uses to  help her students (all of whom have dyslexia) learn number sequences. As part of her advice "from the trenches" we share the specific techniques that she uses in teaching them to work with fours, getting them ready to do multiplication and division.

Purpose:
To help students memorize number sequences that will help them with multiplication and division.

Procedure:
First, make sure the students know the song. I like to start with the fours and use "Take Me Out to the Ballgame"  because the rhythm of the song fits perfectly with the number sequence, which is not always the case. Don’t try to teach the whole song-number connection at once! I usually like to start with the first five or six numbers, or the first two lines. In this case, the song breaks nicely after 28.

1. Write out the numbers from 4-28. Sing the first line and then ask the students to repeat it. Do this a few times.

2. Next, ask the students to close their eyes. Cover a number, then ask them to open their eyes. They should sing the line, filling in the missing number when they get to it. Do this a few times, covering different numbers each time.

3. Once they seem to be comfortable, add the next line of the song and repeat the procedure.

4. Cover or erase all of the numbers in your chosen lines and sing through them with the students once or twice.

5. Ask students to write the sequence as far as they’ve learned it.

For additional reinforcement, I like to hand out a sheet on which I’ve written the sequence they’ve learned a few times. Each time, it is missing more and more numbers. They have to complete the sequence by filling in the missing numbers, then cover the top part of the sheet when they’re ready to tackle the next, more challenging section. At the end of the sheet, they have to write the whole thing from memory. I also like to include a few multiplication and division problems from that family that they have to solve, using the memorized sequence to help them. They are not allowed to peek at the sequences from the top of the sheet unless they’re really stuck!

Teach the whole song, bit by bit, this way until you’ve taught the whole thing. 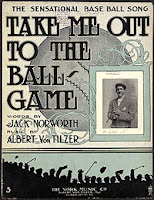 Once they’ve memorized the song, there’s one more part to add: students have to count on their fingers while they sing it. (I allow my too-cool high school students to keep their hands on their laps, as counting on hands that are held in the air feels babyish to some of them.) This is essential if they’re going to use the song to solve math problems.

Each time they say a number, they have to hold up another finger, so that by the time they get to, say, “thirty-six,” they are holding up nine fingers and will know that thirty-six is the answer to four times nine. This is trickier than it sounds. At first, when they have to both sing and track on their fingers most kids lose their place in the sequence. To practice this skill, we sing the song until I call out “Stop!” and students have to write down the last math fact they sang. For example, if I stopped them right after they said “twenty-four,” they should have six fingers extended and so they’d write “4 x 6 = 24.”

Why This Works:
Songs are incredibly powerful mnemonics. Most students seem to remember tunes easily, and this prompts them to recall the number that goes along with each change in tone and matches the number of syllables for that particular line. Students see the number sequence while they are hearing the sequence and the song, meaning that they store the information in several formats in their memories. Eventually, they count on their fingers while singing as well, adding a tactile element. Teaching the song in segments is quite important, too; as with any new skills, students must demonstrate mastery before they can tackle new material.

Once students have gained some comfort with skip-counting, you may want to introduce a game to help reinforce their skills. My kids like the card game "War".

Materials for the game:
One or two decks of cards (Use two decks shuffled together if you’re playing with three or more students)
Procedure: 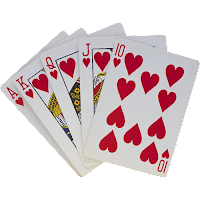 Because War can take ages to wrap up, I often set a timer for around seven minutes while my students play, and the winner is the one with the most cards when their time is up.

There are two variations here.

1. To target the sequence students are learning:
Each player lays down a single card, face-up. They have to multiply the card by the sequence you’ve been practicing and say the product aloud. The player with the highest product keeps the cards from that round.

2. Once students have learned all the sequences, try this variation:
Each player lays down two cards at once. The player with the highest product gets to keep all the cards from that round.

If two players get the same product, they lay down two cards face down, then use a second pair to get the tie-breaking product.

Why This Works:
Students who aren’t focused don’t learn well, and games keep kids engaged in the learning task. This game is fast-paced enough to ensure that students have to use the skip-counting sequences they’ve learned many times during the allotted interval.