Anyone dealing with special education laws in New York City -- parents, attorneys, teachers, schools, and hearing officers -- knows that this is a system in crisis. Too few hearing officers, extensive delays, even too few hearing rooms (all of which are located in often inconvenient downtown Brooklyn) are just a few of the issues apparent to those who are seeking legal intervention to obtain the services and setting that children with disabilities are entitled to under law, specifically, the Individuals with Disabilities Education Act (IDEA). 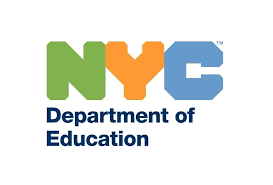 Now, thanks to a report prepared by an outside consultant, Deusdedi Merced of Special Education Solutions, LLC, and made public by The City, the full extent of the problems with this system and how these problems impact students and families is being made clear. The report was initially commissioned in early 2018 by the New York State Department of Education and the consultant was charged with examining the policies, procedures, and practices relating to impartial hearings in New York City. According to Mr. Merced, a well-regarded attorney who has served in roles in all aspects of the special education system in New York, D.C., and elsewhere, delays in completing this report were "directly attributed to actions taken by the New York City Independent Hearing Office and/or New York City Department of Education."

When the 49 page report was issued on February 22, 2019 it was only released after a public document disclosure request by The City was granted. The news of the report with a link to its contents appeared in yesterday's edition of The City.

In addition to the discussion of the report in The City, there is another piece about the report, its findings, and the current state of special education proceedings in The Brooklyn Daily Eagle.

Both news reports make for a quick and concerning read. The report itself is dense with information, but some crucial findings include:


The report urges prompt action -- by both NY City and NY State -- to keep this vital avenue for parental redress open and functioning. We hope someone is listening.