Almost exactly two years ago, in September 2015, we wrote a post about new guidelines from the U.S. Department of Justice, which were a response to questions about testing accommodations under the Americans with Disabilities Act (ADA). The Justice Department guidelines were very clear and set out the basic principles of the ADA and how they should be applied to testing and accommodations. 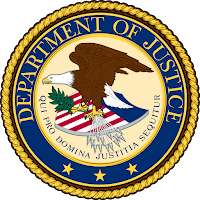 Still, we recently had a conversation with a private school parent where the question was raised as to whether a student who was doing well -- keeping up with class work and getting good grades -- would be entitled to testing accommodations under the ADA. So, let's look again at what the law requires, quoting directly from the Justice Department guidelines:

Keep in mind that the ADA is the primary disability law covering most private K-12 schools, although religious schools are exempt from the ADA. A good explanation as to how disability laws apply to private schools was prepared by the National Association of Independent Schools.
Posted by Susan Yellin, Esq., Advocacy and Transition Services at 11:33 AM