Standardized exams -- SAT, ACT, GRE, MCAT, LSAT, and others -- are  "gateways to educational and employment opportunities" and the entities that offer these tests are to required by the Americans with Disabilities Act (ADA) to offer these exams in a manner accessible to persons with disabilities.

The ADA came into being in 1990 and was amended in 2008 in an effort by Congress to overturn the impact of several judicial decisions that narrowed its intended scope. New Regulations implementing the revised ADA were adopted in 2010.

Despite the revised regulations, there has continued to be resistance on the part of testing agencies, especially the Law School Admissions Council, which oversees the LSAT, to  extending accommodations to students with disabilities. Even where there has been no pattern of resistance to offering accommodations, confusion about what should be offered and to whom has raised questions for schools, testing agencies, and students. 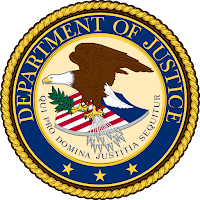 In response to these questions and complaints, the Department of Justice has just released new guidelines for testing accommodations.  Among the highlights of this document are the following:

Every student who anticipates taking a standardized test, every educator and administrator who works with such students, and every testing service that administers such tests should take the time to carefully review these guidelines. They are clear, concise, and very specific about what they do -- and do not -- require.
Posted by Susan Yellin, Esq., Advocacy and Transition Services at 2:36 PM