It’s Dyslexia Awareness Month! During October, we’ll be running a series of posts about this common and commonly misunderstood condition. 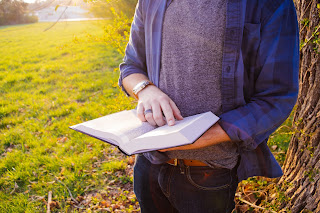 First, test your knowledge. Below are some statements you may have heard about dyslexia. Can you tell which ones are myths?


OK, that was a trick, because ALL of the above statements are FALSE. In my work with students with dyslexia, first at Columbia University’s Teachers College, at The Yellin Center, and now at Hillside School in Colorado (where we serve only young people with dyslexia), I’ve heard a lot of misconceptions about this disability. So what is dyslexia? And what isn’t dyslexia? The answers may surprise you.

Dyslexia is a genetic, lifelong, language-based disability. It is neurological in origin; brain scans of people with dyslexia show that they process language differently than typically-developing youngsters, even when they’re just listening or speaking and not reading at all! Individuals with dyslexia are most certainly not cognitively limited. In fact, a person must have average to above-average intelligence in order to be diagnosed with dyslexia. And dyslexia is positively correlated with creativity, which will not surprise anyone familiar with Richard Branson, Tom Cruise, Pablo Picasso, Stephen Spielberg, and Henry Winkler, (all of whom have dyslexia).

The International Dyslexia Association, an outstanding resource, estimates that 15-20% of the population has dyslexia. Only 13-14% of the school population receives special education services for literacy because of dyslexia, though. (Look for our upcoming post on instruction that words for students with dyslexia.) This reason for this disparity is two-fold: some students with dyslexia have a fairly mild impairment and don’t qualify for special services, and some students with dyslexia go undiagnosed. This is especially true for students with attention deficits or who are viewed as having “behavior problems” or those in ESL classes. Dyslexia affects boys and girls in equal numbers, though boys are more likely to receive a diagnosis, possibly because girls “fly under the radar” more frequently.

Interestingly, speakers of any language can have dyslexia, even those who speak logographic languages (which use a different symbol for each word, like Chinese) instead of letters. This is because dyslexia is a disorder of language processing, and that means language in all its forms, even oral language. Most individuals with dyslexia were late talkers as young children, likely because they struggled to recall and produce the sounds that make up words. (Look for our upcoming post on assessment to learn more about the early signs of dyslexia and when to seek a professional opinion.) Dyslexia is considered a reading disability because this task is particularly difficult for affected individuals and has an enormous impact on their lives, but spelling and even pronouncing words can pose serious challenges as well.

Dyslexia can occur alongside other difficulties, and comorbidities like ADHD and dysgraphia are common. Many individuals with dyslexia struggle with math, too. It’s difficult to tell whether there is a causal relationship because an individual with dyslexia's difficulty processing language may make it hard for them to benefit from instruction across subjects. However, I’ve worked with a number of  students with dyslexia who were impressive mathematicians. It’s useful to remember that dyslexia affects each person differently.

Be wary of anyone claiming that they can help learners with dyslexia with the aid of special glasses or colored films. Dyslexia is a neurological condition and has no relationship to vision. In the reading world, common knowledge is, “If the eyes work for seeing, they’ll work for reading.” Of course any student struggling with reading should have a vision screening to rule out poor vision as a factor, but a person with dyslexia with 20-20 vision will still have difficulty reading written words. There is no evidence to suggest that colored films do anything more than hold a child’s attention for a few minutes while they’re still novel. And the belief that students with dyslexia see letters backwards is completely false. Children with dyslexia do reverse words when reading and writing, but typically-developing readers do, too. Learners tend to stop reversals when the sequence of letters begins to have significance for them, and this understanding takes much longer for students with dyslexia to develop.

Finally, an individual with dyslexia has dyslexia for life. There is no “cure,” but this doesn’t mean there is no hope. With the right instruction, almost all children with dyslexia can learn strategies to read and write and manage their dyslexia in a way that allows them to access the kind of opportunities that interest and suit them.

Stay tuned for upcoming posts throughout the month of October about dyslexia!


Photo by Cassidy Kelley on Unsplash
Posted by Beth Guadagni, M.A. at 8:15 AM