The Phenomenon of Motivated Forgetting

Every fall, students return to school with a little bit less academic knowledge than they left with in June. There is no shortage of reasons or hypotheses for why this happens, but three researchers recently wanted to look more closely at what might be getting in the way of students taking their learning with them across time. Ramirez, Jin, and McDonough, at The University of California and The University of Alabama,* explored the topic of motivated forgetting in college students – the concept that we may deliberately remove “unwanted memories” from our awareness because unpleasant memories may threaten our sense of self.

In general, motivated forgetting is “the process by which people have difficulty recalling information and memories for events that are unpleasant, painful, or generally threatening to the self-perceptions” that we work to build about ourselves*. In other words, we are motivated to forget information that is damaging to our ego, or sense of self. As an example, researchers have found that people are less able to recall information from historical passages about atrocities when the perpetrators of those atrocities belong to the individual’s cultural group. The idea behind this is that it would be damaging to that person’s sense of self or identity to know that information, and so they are unconsciously motivated to forget it. When this research was applied to feedback about behaviors, psychologists found that even though people are just as good at recalling negative and positive feedback about behaviors peripheral to the self (i.e., not that important to one’s ego), they had a harder time recalling negative as compared to positive feedback regarding behaviors that are central to their sense of self. In other words, if I think of myself as a very honest person, and I am given feedback about how I engaged in a dishonest behavior as well as feedback about how I engaged in honest behavior, I am going to have a harder time remembering the negative feedback. This would not be the case if honesty was not one of the most important traits I think about when I consider my sense of self.

Interesting, but how does this relate to students' loss of academic knowledge after their summer break?

Ramirez, Jin, and McDonough wanted to see whether students in a difficult math course suffered from motivated forgetting after the semester ended (i.e., during summer break). They hypothesized that students with a high math self-concept who felt stressed out by the course would have a harder time remembering what they learned as compared to students who did not consider math as integral to their sense of self, even if they were just as stressed out. The researchers tested this by giving the students an extra final exam, two weeks into their summer break (lucky them!). They found that, indeed, students who were more stressed out by the coursework were more likely to forget information, but only if they had a higher mathematics self-concept. Students who did not consider math an integral part of their identity were not affected by the stress. 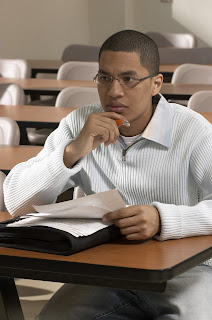 This finding may seem a little surprising, since we would expect that students who care deeply about a topic will remember more of it. However, this study has pointed out for us that the more deeply we care about a subject or the more we feel it is an integral part of our self, the more we may be affected by ongoing stress about that subject or relevant coursework. Humans are always trying to protect their egos, so it makes sense that we would push out information after it is no longer critical if that information is putting our sense of self off balance. In other words, the students in the study didn’t forget the information until after the course ended because prior to that, it was critical to their grades. Once summer hit, it was relatively safe to forget. However, looking at the bigger picture, we know that math is cumulative, and the information learned in one course is important to take with us to the next, especially for the students in the study, who were primarily going towards majors and careers in fields related to STEM.

The researchers published this work with the hope that educators will work on implementing stress-reduction techniques into their teaching. They also briefly discussed the concept of teaching students to interpret stress, and even failure, as a positive rather than a negative force. Ramirez, Jin, and McDonough emphasized that, based on research done previously, it’s important to help students “approach classroom stress as a normal challenge that is a part of the learning process rather than a threat to their self-perception” so that they can avoid this phenomenon of motivated forgetting*** . We’ve written many times before about the concept of mindset, originated by Dr. Carol Dweck, which can be a useful classroom teaching tool for helping students at all grade levels learn about the positive value of failure. Ramirez, Jin, and McDonough make an even stronger case for its presence in the classroom, so as we settle in to the school year, let’s remember to give our students a reason to embrace the learning process, even if it is a little stressful.