We’ve written recently about the importance of supports for college students with executive function difficulties. Students who struggle with executive functions – organization, time management, and planning – may have excellent academic skills, but may not succeed in college because of their non-academic challenges.

Another group of students who may struggle in college despite their academic abilities and their absence of more “typical” learning challenges are those with autism spectrum disorders (ASD). As described in an article in The Village Voice by Elizabeth Walters, “Because autism is such a broad term, it can be difficult to pin down. Some people with autism are nonverbal and have limited cognitive abilities, while others have IQs in the genius range. Clinicians refer to a "spectrum" because the term includes a range of individual disorders.”

Many students with ASD are capable of doing the academic work in college, but do not apply, or are admitted and are not successful, because of other factors. These include difficulties with social interactions, including reading the social cues of their classmates and instructors and responding with appropriate behavior; some expressive language difficulties; and the organizational and planning difficulties found in executive function disorders. In addition, students with ASD may have such “co-morbid” conditions as ADHD.

Given the prevalence of ASD – recent CDC data estimates that about 1 in 68 or 1.5% of children were identified with ASD in 2012 – colleges are increasingly encountering students with ASD who need appropriate supports to be successful. Furthermore, many colleges recognize the importance of creating an environment that is welcoming to students with ASD and is flexible enough to meet their needs.

College programs for students with ASD have been around for a number of years. The New York Institute of Technology Vocational Independence Program began in the late 1980’s and offers both a path to a college degree and a non-college post-secondary track. The OASIS program at Pace University began under a different name in 2009. Other programs can be found at Rutgers and Fairleigh Dickinson has a program at both its Metropolitan and Florham campuses. Fees vary for these programs, but none are free or inexpensive.

This makes the REACH program at five City University of New York (CUNY) campuses of particular note. The program - at the Borough of Manhattan Community College, Brooklyn College, the College of Staten Island, Kingsborough Community College and LaGuardia Community College – is operated under a grant and there is no cost to participating students, although the future of grant funding is not certain. 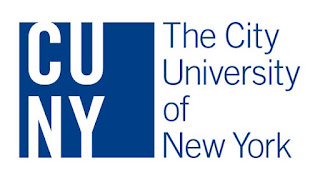 The CUNY description of the REACH program notes:

So far, students enrolled in the REACH program who have stayed with the program have improved their grades, and report greater satisfaction with their college experience. If the program can obtain funding to continue it will be instructive to see further results.
Posted by Susan Yellin, Esq., Advocacy and Transition Services at 11:44 AM