The Downside of Multitasking

How many other things are you doing while you read this blog? Listening to music or a podcast? Watching something streaming on a screen? Texting? Making a shopping list? You’re multitasking, the often highly valued ability to do more than one thing at a time. We all do it and are often quite proud of our juggling of multiple tasks. But are we really getting more done – and done better – this way?

The New York Times recently looked at the other side of multitasking – monotasking. It’s not the same as being mindfully aware of what you are doing. It’s simply doing one thing at a time without turning one’s attention to other tasks or distractions. It can be a matter of life and death when behind the wheel of a car, but today we will limit our discussion to other situations. Why does this matter? If we can do more than one thing at a time, doesn’t that make us more efficient and let us handle more information and be more productive? Not necessarily.

Studies have shown the downside to multitasking, including a recent study of workplace behavior that found that “shorter focus duration was associated with lower assessed productivity at day's end.” Another study, from 2014, found that turning from the task at hand to something else for just a few seconds doubled the errors that the study participants made in the primary task.

These studies have all dealt with adults in the workplace. But what about the impact of multitasking by students on their learning and studying? The findings here are disturbing. In one study, when researchers observed 263 middle school, high school, and college students studying for 15 minute blocks in their homes, they found that students started switching to other technology after less than six minutes, on average, into their study session. And these were students who were aware that their studying was being monitored. Those who interrupted their studying tended to have more technological distractors available to them and those who accessed Facebook while studying turned out to have lower GPAs. On a positive note, those students who used study strategies were more likely to stay on task. 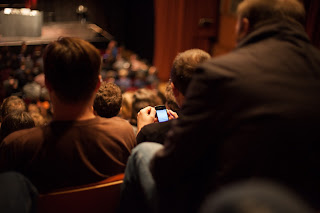 An excellent survey of the research on this topic and on what the researchers think about how media and technology distractions affect learning can be found in an article on Mindshift, from KQED News. As with many behaviors parents want to impart to their children, modeling the target behavior can be an effective technique. If you want your child to be able to limit their multitasking to improve their learning and performance, you may decide that paying closer attention to a single task -- and explaining to your child what you are doing and why -- may help make this point.