We've noted before that researchers have found that what children watch on television can impact their behavior. For example, the ability of a group of four-year-olds to maintain attention, control behavior, and solve problems was severely compromised after just nine minutes of watching a fast-paced cartoon.

Now, new findings just published in the journal Pediatrics note the results of a randomized controlled study of 565 three to five year-old preschoolers where researchers "developed and tested an approach in which preschool-aged children’s viewing habits were altered such that they substituted high quality educational programs for violence laden ones." 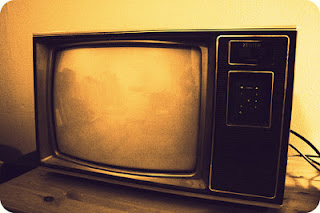 The study used parent education as the key to reducing the children's exposure to violent television and other media. Participating families received home visits, newsletters, and telephone calls that provided information on the benefits of educational programs, how to use blocking features on televisions to keep children from accessing violent programs, and recommended channels selected from those available to that specific family. In addition, families received DVDs with clips of "positive" programming, designed to capture the interest of parents and children and encourage them to seek out such programs. There was no effort made to curtail the amount of screen time, just the quality of programs to which the children were exposed.

The researchers found a significant increase in high quality viewing in the families that were encouraged to focus on educational programs, as well as a move away from violent viewing. Notably, there were also significant changes in "social and emotional competence," a result that was particularly strong in boys from low income households. The changes in viewing habits and resulting positive impacts continued for the months of post study follow up.

The study authors note, "Although television is frequently implicated as a cause of many problems in children, our research indicates that it may also be part of the solution. Future research to perhaps further enhance media choices particularly for older children and potentially with an emphasis on low income boys is needed."

Photo: CC by Sarah Reid
Posted by Yellin Center for Mind, Brain, and Education at 11:55 AM