The Prevalence of Over-Protective Parenting 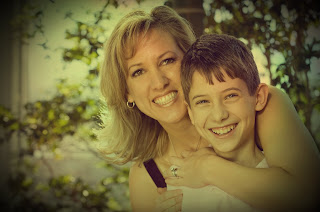 Yet another study has emerged which suggests that parents who shield their children from failure are likely doing more harm than good. In a recent article in The Atlantic, author and teacher Jessica Lahey summarizes the research on this subject and provides a few hair-raising stories of her own about over-involved parents.

The study surveyed “parenting professionals,” people like psychologists, counselors, and teachers about instances of hyper-protective parenting they have encountered. Some shared stories of parents being overprotective and too involved in their children’s lives. Others reported that they’d seen examples of parents who insisted on “taking their child’s perception as truth, regardless of the facts,” and “were quick to believe their child over the adult and deny the possibility that their child was at fault or would even do something of that nature.” Lahey proposes that the latter parenting style is the more damaging one. While some parents may feel that they are simply protecting their children, Lahey believes that they are in fact depriving their kids of the opportunity to solve their own problems and learn independence. Also part of this group are parents who bail their kids out of situations that might teach them responsibility, such bringing a forgotten assignment to school or demanding that a teacher change a child’s final grade.

Lahey implies that even if these parents don’t do actually complete students’ homework for them—something that, frighteningly, most teachers have encountered—they’re still preventing kids from developing other, arguably more important skills. Teachers, you see, have a hidden agenda. A teacher’s explicit curriculum is readily visible. This is the academic part of school, in which students learn facts and concepts about concrete subjects like math, science, and history. But the implicit curriculum is harder to see; in fact, most kids aren't even aware that it’s there. The implicit curriculum is a teacher’s way of helping kids learn important life skills, like keeping track of dates, pacing work, and organizing and being responsible for materials. It’s hard on a student when he procrastinates on a seventh grade science project and earns a poor grade for his sub-par work. But it’s even harder when, as an adult, he procrastinates on an important project in the office and has to present poor results to his boss. Suddenly the failed science project looks like an learning opportunity instead of a disaster. Kids whose parents shield them from the consequences of their irresponsible behavior may learn the explicit curriculum well. But they’re missing out on the critical lessons conveyed by the teacher’s implicit curriculum.

The thing is, if a child is going to learn from his mistakes, he has to be allowed to make some.

We want to be sure to present one very important caveat, however: If a child is clearly doing her best but continues to fail, her parents need to consider that something else may be going on. While we whole-heartedly believe it’s important to let children struggle and make mistakes when they have all the tools they need to succeed, asking a child with serious learning challenges to simply roll with the punches is simply not fair, and is likely to do more harm than good. We encourage parents who perceive that their child isn’t experiencing success, even with a great deal of time and effort, to consult the child’s teacher or other education professionals for guidance.

Read the full article from The Atlantic: Why Parents Need To Let Their Children Fail by Jessica Lahey