Long-Term Changes in How Children Play

A review of 14 studies of elementary school students, looking at close to 900 children over a period of 23 years, has found that children are significantly more imaginative in their play than they were at the inception of the study period. The research team, headed by Dr. Sandra Russ of Case Western Reserve University, had expected to find lessened creativity in light of studies that have shown that children have less time for unstructured play (up to 8 hours less a week, according to some studies) than they did in the 1980's. 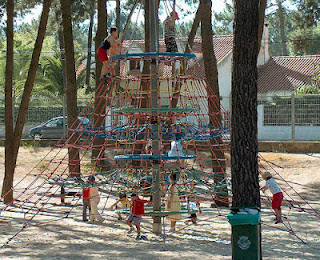 As reported in Education Week, Dr. Russ noted, “We knew from talking with children that they didn’t play with toys as much as they used to. So we were surprised by the finding, and we think it’s important.” Dr. Russ went on to note that children who are more imaginative in their play tend to have better coping skills, creativity, and problem solving skills than children who are less imaginative.

Play is an important part of the cognitive and emotional development of young children, and there has been concern from pediatricians and others at the lack of play time available to children, particularly those who live in poverty. These findings that children are using their limited playtime in more creative ways could potentially lessen concerns about reduced opportunities for childhood play.

There was one area of concern raised by the study, however: over the years, the children in the study  showed less negative emotion during their playtime. The researchers cautioned that while this might seem to be a positive finding, it actually meant that the children were less likely to use play as a way to work through negative feelings and experiences and that could be harmful to their long-term well-being.


Photo by Gustty via Flickr Creative Commons
Posted by Yellin Center for Mind, Brain, and Education at 1:48 PM