Study Raises Concerns on Crossing Streets for Children with ADHD 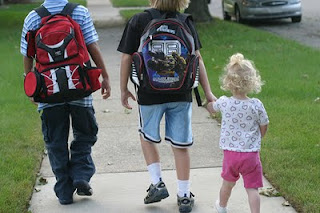 A new study reported in Pediatrics, the journal of the American Academy of Pediatrics, looks at a potentially dangerous consequence for children with Attention Deficit Hyperactivity Disorder -- the simple act of crossing the street.

The study looked at a total of 78 children, from 7-10 years of age, half of whom had been diagnosed with ADHD-Combined Type, which includes symptoms of both inattention and hyperactivity-impulsivity. The researchers compared the behaviors of the children with attention difficulties with the control group to determine if there were differences in their behavior before crossing the street and while they were actually in the act of crossing. Those children who customarily took medication for their attention issues were not taking their medication at the time they were studied.

The researchers found that while the children with attention difficulties "evaluated the crossing environment" and began to cross the street in the same way as the control group, they crossed when there were smaller gaps in traffic and had significantly less time to spare when they reached the other side of the street. The dangers of this situation in a real life situation are clear to every parent.

When the researchers looked at the possible reasons for this dangerous difference in how children with attention difficulties crossed the street, they determined that it was weakness in executive function, specifically difficulties in managing time. They discounted inattention itself, or oppositional behaviors, as the key factors impacting poor decisions as to when it was safe to cross.

While the researchers note that work needs to be done to remediate the executive deficits that are the basis for this danger, it is on parents -- through practice with their children, hand-holding where appropriate, and modeling safe crossing behaviors, to whom the task of keeping their kids safe will fall. School opens in a few weeks. Please drive carefully.


Photo used under Creative Commons by Elizabeth/Table4Five
Posted by Yellin Center for Mind, Brain, and Education at 12:33 PM