We love it when the law works. So, we were pleased to hear about what happened last week in the lawsuit brought by Dee Jones, a law student at Vermont Law School, who had filed a federal lawsuit against the National Conference of Bar Examiners.

Ms. Jones, who managed to be admitted to law school -- and to do well -- despite blindness and a learning difficulty, needed to take and pass the Multistate Professional Responsibility Examination (MPRE) to be licensed as an attorney. The test is developed under the auspices of the National Conference of Bar Examiners. However, Ms. Jones was denied the use of the test modifications and accommodations she requested, and which she had used successfully in college and law school -- a combination of Kurzweil 3000 and ZoomText software. Using these two technologies together provides simultaneous large font and audio versions of the test materials. Instead, the defendant organizations offered Jones accommodations from a menu they developed, which included a reader, or an audio recording of the test, or a Braille version of the exam.

Jones, aided by the National Federation of the Blind, sued and claimed that being limited to the accommodations that the testing organizations selected was a violation of the Americans with Disabilities Act (ADA). As her attorney, Daniel Goldstein, noted in an article in Vermont Today, "...it's like if you were a vegetarian and someone said, 'Okay, we won't give you the roast beef. Would you like the pork or the chicken?" 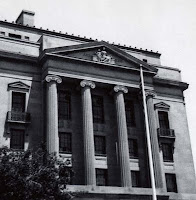 Adding to the problem was the looming date of the next exam, scheduled for August 11, 2011.


On July 21st, the U.S. Justice Department filed a Statement of Interest with the court, noting, "the United States does not interpret ... the ADA to simply require reasonable accommodations to Ms. Jones, but rather to require appropriate modifications or auxiliary aids to 'best ensure' that the exam measures Ms. Jones’ knowledge of professional responsibility issues and not her visual disabilities.


Based upon the Justice Department filing, and as noted in a press release from the U.S. Attorney in Vermont, the District Court granted Ms. Jones’ motion for a preliminary injunction and agreed with the Justice Department analysis of the controlling “best ensure” standard. As a result of the ruling by the District Court, the National Conference of Bar Examiners was ordered to allow Ms. Jones to take the MPRE on August 5, 2011 using the screen reading software that Ms. Jones used throughout law school as her primary reading method. We hope she did well.

As the long term impact of this preliminary injunction becomes more clear, we will look, in a future blog, at what this means for students who require accommodations.