Insight Into the New Adolescence: Age of Opportunity

A mention of "millennials" is bound to unleash bouts of eye-rolling from most adults. Why, many gripe, does it seem that young people today are irresponsible, unaccountable, and self-centered long past the age at which they are expected to snap out of it? A recent book, Age of Opportunity: Lessons from the New Science of Adolescence, by Dr.Laurence Steinberg, Professor of Psychology at Temple University, is therefore well-timed and may help frustrated adults find level-headed responses to their concerns. 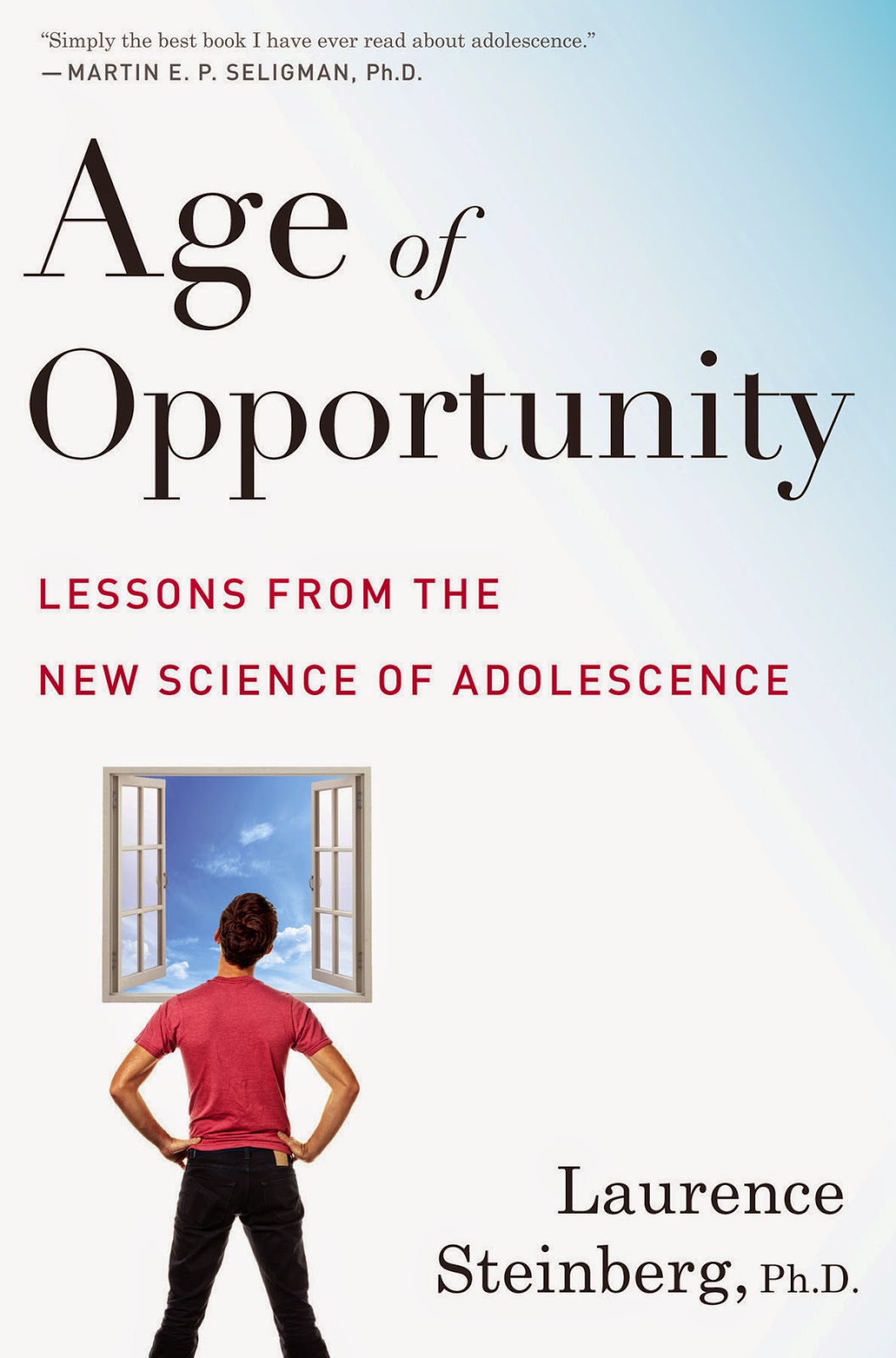 It seems as though today's young people will never grow up for good reason, according to Steinberg: adolescence is both starting earlier and ending later than ever before. Instead of an intense five-year stint lasting from about thirteen to eighteen, Steinberg notes that children today tend to begin adolescence around the age of ten and to look more like adults—in terms of both behavior and neurobiology—only once they are comfortably into their twenties. Therefore, it is reasonable to expect young people to take (brace yourselves, parents) about fifteen years to work through adolescence.

Highlights of Age of Opportunity include:

• explanations for prolonged adolescence. Some are physiological: higher obesity rates, for example, trigger earlier adolescence and its accompanying release of sex hormones that affect behavior. Also, today's young people need more years of education to prepare for success in modern workplaces, keeping them from the full responsibilities of the adult world for longer.

• an exploration of risk-taking behavior in adolescents. Young people tend to engage in riskier behavior than adults, particularly when with peers. This attraction to daring exploits now accompanies most people well into their 20s.

• suggestions for how to take advantage of adolescents' remarkable neuroplasticity. According to Steinberg, studies indicate that adolescent brains are particularly malleable, giving young people a heightened capacity for learning. Steinberg believes that educators should respect this period of development the same way they do a child's preschool years, since adolescents show the kind of capacity for growth and learning previously associated with young children. Steinberg also proposes that qualities like determination and perseverance be prioritized in education for adolescents. To be successful, young people need to stay motivated to work through more education than ever before, so patience is more a virtue than ever.

Whether you have a generalized interest in societal issues or are struggling through your own offspring's extended adolescence -- or even if you are a millennial in the midst of your own developmental years -- Steinberg poses some interesting reasons for how and when young people develop.
Posted by Beth Guadagni, M.A. at 1:29 PM