Bad News About a Bad Law

Back in May 2011, we wrote about a then pending Florida law that would prohibit physicians from asking parents about whether there are guns in their homes. The question, when asked by a pediatrician or family physician, can open the topic of gun safety and allow the doctor to counsel the parent about what is needed to make sure that their own and other people's children are kept safe.

Gun advocates claimed that this would constitute harassment and somehow lead to records being kept by physicians as to which of their patient families had guns present in their homes. Opponents of the law pointed to limits on a physician's judgment, freedom of speech issues, and the appalling number of children injured or killed by playing with guns found in their home or another house at which they play.

The law was signed by Florida Governor Rick Scott shortly after our original post about it. In September of 2012 we were able to report that Federal District Court Judge Marcia G. Cooke had ruled that the Florida law was unconstitutional and issued a permanent injunction which blocked its enforcement. 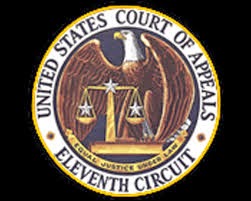 Late last week, we learned that the United States Court of Appeals for the 11th Circuit, in Atlanta, overturned Judge Cooke's injunction, which means the law can take full effect. You can read the complete 160 plus page decision and the dissent by Judge Charles R.Wilson here.

We hope that some of the groups that brought the initial lawsuit against this law will continue to seek to overturn it. The next stop for this would be the United States Supreme Court. We will continue to follow and report on new developments.
Posted by Yellin Center for Mind, Brain, and Education at 10:26 AM