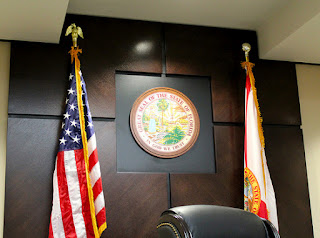 Unless you spent your summer in an isolated locale with no news broadcasts, newspapers, or internet (is there such a place anymore?) you know that this has been a summer punctuated by devastating, deadly gun violence. So we were particularly pleased to see an article in the August issue of AAP News noting that U.S. District Court Judge Marcia G. Cooke has ruled that a 2011 Florida law which restricted pediatricians from asking about whether there are firearms in a home is unconstitutional. Judge Cooke has issued a permanent injunction which blocks enforcement of this law.

We had previously written about our concerns with this legislation, noting that it was intended to counter an initiative on the part of the American Academy of Pediatrics (AAP) and others to make sure that families were aware of the need to keep guns away from children and to counsel patients and families on the need to store guns safely. As we noted in our prior blog on this topic, this was not an effort to limit gun ownership, only to improve safety.

The judge's ruling followed a lawsuit brought by the Florida branches of the AAP, the American Academy of Family Physicians, and the American College of Physicians, as well as several individual physicians. The plaintiffs argued that the law limited their right to free speech under the First Amendment because it did not allow them to exchange information about gun safety with their patients. The judge agreed and also noted that the law prevented patients from hearing preventive health information from their doctors.

There are several other states in which similar legislation to the Florida law has been proposed, but not yet enacted. We hope that the ruling in Florida gives those in other states pause before they push ahead with limiting the rights of physicians to try to keep their patients safe.