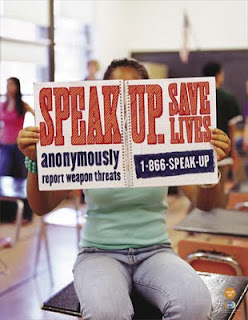 Our colleagues at the American Academy of Pediatrics (AAP) have been working for years to ensure the safety of children in countless ways -- by advocating for such fundamental safety issues as automobile car seats, bike helmets, prevention of sports injuries, and avoiding dog bites -- just to name a few issues. Now, they and the pediatricians and family physicians who care for children, are under fire (pun intentional!) from the State of Florida, for promoting gun safety.
Let's be very clear about what is going on here. There is no action proposed by the AAP or its gun safety partners to limit gun ownership. There is a strong move to have parents ASK if there is a gun present in a home where their children play. Think about it. Even if you can control what goes on in your own home, what about your child's friend down the street? Might there be a gun in that household? And, if so, is it properly secured so that it is impossible for children to find it, and use it? Wouldn't you want someone offering advice on that issue to other parents?
The Florida House of Representatives and Senate have both passed a bill that would prohibit physicians from asking parents about whether there are guns in their homes, if that could in any way be considered "harassment." The question, when asked by a pediatrician or family physician, can open the topic of gun safety and allow the doctor to counsel the parent about what is needed to make sure that their own and other people's children are kept safe. Proponents of the bill, which is expected to be signed shortly by Governor Rick Scott, believe it is needed to prohibit doctors from recording which of their patients own guns and from refusing to accept patients into their practices who won't discuss gun safety issues. The numerous opponents of the law, including the AAP and Pax, which partners with the AAP to raise awareness of gun safety concerns, point to limits on a physician's judgment, freedom of speech issues, and the appalling number of children injured or killed by playing with guns found in their home or another house at which they play.
The statistics are staggering. According to research from the last decade compiled by PAX:
We are deeply concerned about this effort to keep doctors from doing their primary job -- keeping our children safe.
Posted by Yellin Center for Mind, Brain, and Education at 12:02 PM