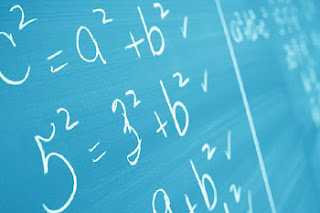 A survey of studies looking at math anxiety and how it relates to math learning appeared in a recent issue of Education Week. The article built on information from the Learning and the Brain Conference held in Chicago in early May of this year where Sian L. Beilock, a professor of psychology from the University of Chicago, was a featured speaker. Dr. Beilock and her colleagues look at how emotions, such as anxiety, affect complex cognitive skills, such as solving mathematical problems.

Like so much of learning, math anxiety has several different aspects. One is the social acceptability of math difficulties, since many people will readily confess to "being terrible at math" but would not make the same kind of admission about another academic skill, such as reading. There are also gender issues, with female elementary school students being more likely to have difficulties with math if their female teachers have some anxiety about math themselves. This is particularly important because the vast majority of elementary school teachers are female; of note, this finding does not apply to male students.

Other findings noted in the Education Week article include documented changes in the prefrontal cortex of the brain (which controls active working memory, a key function for math calculations) when students are faced with even such minor anxiety provoking stimuli as a picture of a frowning face. Math anxiety can also diminish a student's number sense, a part of sequencing, making the anxious student less likely to be able to quickly determine which of two numbers is larger.

As groups such as the STEM Education Coalition work to raise awareness about "the critical role that STEM  education [science, technology, engineering, and mathematics] plays in enabling the U.S. to remain the economic and technological leader of the global marketplace of the 21st century," it is important to be aware of such barriers to math competence and enjoyment as anxiety and gender issues so that more students, boys and girls, can enjoy and succeed in math and related fields.
Posted by Yellin Center for Mind, Brain, and Education at 1:51 PM