The Jury is Out on New NYC Special Education Rules

Parents who place their children in private special education schools in New York City and seek to have their tuition payments either made directly by the public school system (Connors funding) or reimbursed to them (Carter funding), have long come up against a NYC Department of Education which has put up extensive procedural barriers to avoid making these payments. Even the Mayor's office noted, in a press release, "The special education placement process has been fraught with contention and litigation in recent years." 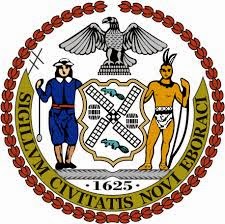 Now, in the face of a bill pending in the New York State legislature which would make it easier and quicker for families to receive public funding, the City has decided to remove the most onerous barriers faced by families seeking school funding and, according to a statement by NYC Mayor Bill de Blasio, is "...turning the page, making changes that will ease the burden on these parents [by] ... cutting red tape, speeding up the process, and reaching outcomes that do right by families.”  A 2012 bill which would have permitted funding in religious schools was vetoed by the Governor, but the current bill (which has been put on hold in light of this action by New York City) did not include this provision.


The specifics of the new policy are scheduled to be put in place by September of this year and include:

Attorneys practicing in the area of special education are hopeful that these new policies mark an end to the very difficult relationship between the City and it's Department of Education and parents. Still, the devil is always in the details and families and the attorneys representing them are reserving judgement until they see how this new approach works in practice.
Posted by Susan Yellin, Esq., Advocacy and Transition Services at 1:25 PM