Help for Developing a Number Sense

When we work with children who struggle with math, we often find that they have not developed a strong "number sense" --  the feel for how numbers work, and such concepts as greater than, less than, and ordering. Since math is a cumulative subject, where each skill builds on knowledge of a another, children who do not internalize a number sense at an early age are at a disadvantage in learning more complex aspects of math. 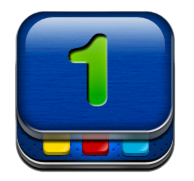 It is this issue that Dr. Mike Connell sought to address in an app for the iPad called Native Numbers, developed by his company, Native Brain. As noted in the magazine of the Harvard Graduate School of Education, the app is based on extensive research as to how children learn specific skills. If your young child is drawn to playing on an iPad, you may want to consider making her playing time more constructive and check out this app, available on iTunes for under $10.
Posted by Yellin Center for Mind, Brain, and Education at 12:12 PM