An article in last week’s New York Times, "A.D.H.D.Seen in 11% of U.S. Children as Diagnoses Rise," raises some important issues. The article concerns data from a CDC study which interviewed more than 76,000 parents between February 2011 and June 2012 as part of a wide-ranging look at children’s health issues. The CDC has not yet published its findings, but the Times used the raw data as the basis of the article. 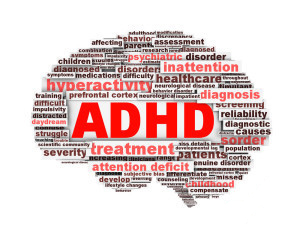 According to the Times, diagnoses of ADHD in the U.S. have risen some 41% in the past decade, and 11% of school-age children have received a diagnosis of ADHD. It also reported that about two-thirds of those diagnosed received a prescription for stimulant medication.

The article continued by noting that the criteria for ADHD -- a checklist of symptoms occurring across situations (for instance both at home and at school) over a period of time -- was due to be expanded in the new Fifth Edition of the DSM, due out this May. This is expected to add to the numbers of teens and adults who are diagnosed with ADHD.

So, what does this mean for you, for your child, and for clinicians?

First, parents need to understand that just because a child has difficulties with attention does not mean that he has ADHD. There can be many reasons for attention issues and children can fidget for many reasons. Thoughtful clinicians need to apply the time tested medical approach of “differential diagnosis” when they look at the symptoms commonly associated with ADHD. "Why," they should always ask, "are these behaviors present?" Does this student have a language difficulty, so that she has trouble understanding what is going on in class? It can be hard to pay attention when you can’t follow the classroom discourse. Does he have a problem with memory, so that he jumps and shouts out so that the teacher will call on him before he forgets what he wants to say? Or, perhaps, does she have a true deficit of attention which may or may not be accompanied by hyperactivity?

Even when children have ADHD, we must be thoughtful about what the best strategies may be to deal with this problem. There are many interventions that can and should be tried before using medication. In fact, medications are NEVER sufficient alone. They must always be prescribed in the context of a comprehensive educational plan that includes strategies students, educators, and parents can implement on a daily basis.

Building self-awareness must also be part of the treatment. A child can have ADHD without being ADHD. They must learn about their strengths, and understand that attention weakness exists within the context of their strengths, and perhaps other weaknesses. Attention is a multi-faceted function that appears to involve at least three different parts of a child’s brain. A child needs to know what parts of attention are the sources of their difficulty, and perhaps what parts of attention are working well for them. Attention problems rarely exist in isolation. We owe it to our children to ask, “What else might be contributing to their difficulty?”

We understand that medication can be enormously helpful for many children for whom the benefits greatly exceed the risks. However, as is the case with every medical treatment, the risks and benefits must be considered on a case-by-case basis. I believe our role as clinicians is to provide parents with the best information that we can and with our best judgment. However, I worry when I hear that parents had their child “tested for ADHD.” I am not saying that the possibility of an ADHD diagnosis shouldn't be considered. What I am saying is that it must be considered in the context of thoughtful consideration of all of the possible causes of a child’s symptoms. And once a diagnosis has been made, medication must be examined in the context of all of the potential interventions.

Illustration: Life Mental Health
Posted by Paul B. Yellin, MD, FAAP at 9:57 AM