The Yellin Center is celebrating National Poetry Month this April with a month of special articles about poetry in all of its many forms.

Haiku, an ancient form of poetry from Japan, embodies the phrase “short but sweet.” The rules, as far as English language haiku goes, are simple: the poems consist of only three lines containing five, seven, and five syllable respectively. These simple poems are generally devoted to celebrating the simple beauty found in the natural world. 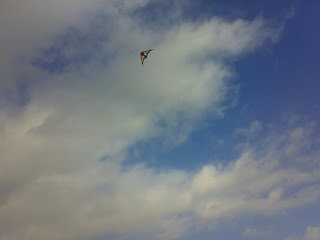 Two of the most revered haiku poets in Japan’s history are Basho (1644-1694) and Issa (1763-1827). Basho’s haiku contain simple observations, though he was not without a sense of humor, as you can see in the second example below! Issa was incredibly prolific, writing over 20,000 haiku during his life. Don’t be fooled by the deceptively simple content of haiku – the good ones contain profound insights. Note that haiku translated from Japanese to English don’t always seem to follow the rules, as it is difficult to preserve both the meaning and the syllable count.

to look at the moon

I slip and fall!

My journey is forgotten

Haiku is a wonderful form to try with children, as it is short and unintimidating. Walk to a park or riverbank as the Japanese masters used to do, or show your child pictures of natural scenes. Read classic haiku together and watch as his or her inner poet emerges. Be sure to have a thesaurus on hand for access to synonyms with the right number of syllables!

Use haiku to celebrate

*Edo is the ancient name for the Japanese capital city of Tokyo.