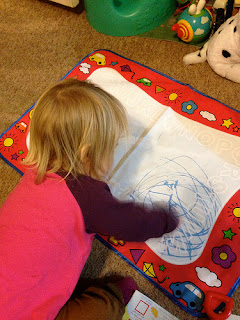 Head Start, the iconic preschool program begun in 1965, aims to erase the achievement gap between affluent children and poor children by providing preschool services to vulnerable populations. But erasing this gap has proven to be difficult.

A recent article in The New York Times looks at an exciting program in Rhode Island called Providence Talks, which builds on research published in 1995 by the late Drs. Betty Hart and Todd R. Risely, which suggested that children from wealthier families tended to outpace their lower-income counterparts even before preschool began. Providence recently won the $5 million Bloomberg Philanthropies’ Mayors Challenge for its proposal to build on Hart and Risely's findings to use a network of nurses, mentors, therapists, and social workers to teach pregnant women and families with new babies the importance of exposing their youngsters to lots of words.

Hart and Risely found that the critical difference between children from higher and lower income groups was how much parents talk to their children from birth to the age of three. In a study designed to investigate how parents at different income levels talked to their babies, they stumbled upon the realization that what really mattered was how much parents talked. Kids who did better in school by the age of nine had parents and caregivers who talked to them a great deal. Further, the amount of talk seemed to be more important than the type of talk.

Hart and Risely found that the number of words children heard seemed to vary a great deal by income level. Children whose families received welfare heard about 600 words an hour, compared to 1,200 words for babies in working-class families and 2,100 for babies in professional families. (Talk heard on television didn't count; in fact, television exposure appeared to be detrimental to students’ IQ and school performance.) According to Hart and Riseley’s results, at those rates a poor child would have heard 30 million fewer words by the time he or she turned three. Their findings indicated that increased exposure to words was associated not only with stronger vocabulary, but also with higher IQ and school performance. Provocatively, Hart and Risely argued that the correlation between word exposure and academic success was so close that if all children were exposed to the same number of words during the first three years of life the income gap would disappear entirely.


A summary of Hart and Risely's research findings entitled The Early Catastrophe includes a number of compelling charts.

This issue isn't new; we wrote about the importance of talking to your children just over two years ago, noting how parents and caregivers engaged with their cell phones are missing opportunities to speak to their child. Sometimes the research findings we report are difficult to replicate at home. Hart and Risely's findings are easy to apply. Talk to your child - early and often.