Use of Antipsychotic Medications by Children and Teens On the Rise

A new report on the increased use of antipsychotic medications by children and teens reveals some disturbing trends. The report, which appears in the Archives of General Psychiatry, analyzes data gleaned from the 1993-2009 National Ambulatory Medical Care Surveys compiled by the Centers for Disease Control. 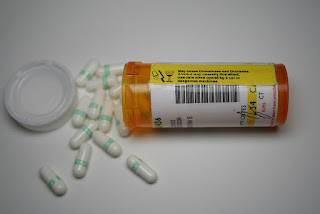 The data revealed that from the early years of the survey until 2009 the number of doctor visits at which children received prescriptions for antipsychotic medications rose from .24 to 1.83 per 100 children. For teens, the increase was from .78 to 3.76 per 100 individuals. Antipsychotic medications include such drugs as Abilify and Risperdal. These medications have been approved -- and have been used effectively -- for such serious conditions as schizophrenia and bipolar disorder.

According to Dr. Mark Olfson, lead author of the report, the problem is that most of the time these medications are not being used for their approved purposes but, instead, are being prescribed for such conditions as ADHD and disruptive behavior. As noted in a release from Medline, a service of the National Institutes of Health, Dr. Olfson notes, "Only a small proportion of antipsychotic treatment of children (6 percent) and adolescents (13 percent) is for FDA-approved clinical indications ... These national trends focus attention on the substantial and growing extent to which children diagnosed with ADHD and other disruptive behavioral disorders are being treated with antipsychotic medications." Olfson further noted that most of the children and teenagers receiving the antipsychotic medications were not receiving psychotherapy. In addition, he noted that research has not yet determined what the long term impact of these medications may be on the developing brains of young people. Antipsychotic medications can have significant side effects.

Dr. Paul Yellin, the Director of The Yellin Center notes, "Antipsychotic medications can be an effective treatment for certain disorders and their thoughtful use by experienced physicians can be helpful. What is of concern is their use, particularly in young children, for conditions such as ADHD, where there are safer, better studied alternatives that work well."