A new report, Opportunities Suspended: The Disparate Impact of Disciplinary Exclusion from School, provides a disturbing perspective on the impact of school suspensions on students with disabilities and on African-American students (and on those students who fit into both categories). 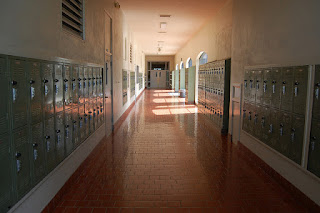 The report, written by Daniel J. Losen and Jonathan Gillespie, is from the Civil Rights Project at UCLA and analyzes data released in March 2012 by the U.S. Department of Education.

The report notes the enormous number of school days lost to suspension -- more than three million per year -- and the fact that districts that suspend more students do not show that removing so many disruptive students from their classrooms results in any benefit (in the form of increased test scores) to the other students in their system.

Among the most compelling findings are:
As we have noted before in this blog, there are special procedures in the Individuals with Disabilities Education Act that require an examination of the reasons a student with an IEP is being suspended and the relationship of that student's actions to his or her disability. This would be expected to result in fewer, not more, suspensions of students who have or are suspected of having a disability, not the greatly increased numbers revealed in the data contained in the report.
This is a well written and accessible report, worth reading for its analysis and suggestions for finding alternative approaches to discipline that do not result in excluding from school those students who often most need to be there.