Music lessons are a part of childhood for many young people, but it is not uncommon for youngsters to stick with their lessons for only a few years. Scientists at Northwestern University have looked at the impact of these early lessons on adults and have found that even a few years of lessons can have a positive impact on the brain years later. 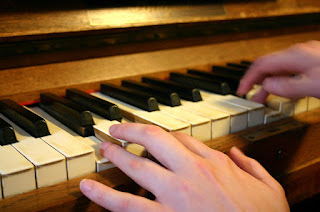 The study, published in The Journal of Neuroscience, looked at 45 adults who were matched for age and IQ. One group had no music instruction, another between one and five years, and a third group had between six and eleven years of lessons. Those who had at least some music lessons generally began their studies around age nine. The researchers measured electrical signals from the auditory brainstem of each of the subjects and found that those who had even short term music instruction showed improved processing of sounds. They also noted that the more recently the music lessons stopped, the more significant the improved processing.

“Thus, musical training as children makes better listeners later in life,” said Dr. Nina Kraus, Director of the Auditory Neuroscience Laboratory at Northwestern, in an announcement released by the university. “Based on what we already know about the ways that music helps shape the brain,” she said, “the study suggests that short-term music lessons may enhance lifelong listening and learning.”

Posted by Yellin Center for Mind, Brain, and Education at 12:16 PM