A sleeping toddler snoring away may seem cute to parents and other observers, but a new study in the journal Pediatrics raises concerns about the impact of sleep-disordered breathing (SDB) -- loud, persistent snoring -- on the future development and behavior of children. 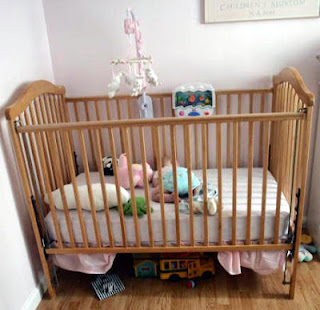 Researchers enrolled 149 child/mother pairs in a prospective study that tracked snoring through the child's third year and categorized the children as non-snorers, transient snorers (who snored at age two or age three but not both) and persistent snorers.The choice of the age group of two to three years was based upon the fact that SDB is known to peak during this period.

The study found that there was a significant increase in behavior problems in the group with persistent SDB even when adjusting for such factors as gender, race, and socioeconomic status. These behavior problems included hyperactivity, depression, and attention. The findings of this study are consistent with findings of studies looking at older children and which hypothesize that the interruption in sleep caused by SDB can interfere with neurological development.

Two other significant findings in this study were that children who were breast fed were less likely to have SDB and that a low socioeconomic level made it more likely that a child would have transient or persistent sleep disordered breathing. None of the children who were fed breast milk for more than a year developed SDB but one-quarter of those who never were fed breast milk or who were fed it for less than one month developed SDB.

The study authors note that interventions to treat snoring have been shown to be helpful and urge that children be screened for sleep disordered breathing. They also stress the positive impact of breast feeding and urge that parents consider this protective factor when making feeding decisions.