We've written countless times about sleep, and the importance of sleep for children of all ages.* Now, a new study paints a clear picture of how academic learning is significantly affected by sleep deprivation - and how this impact continues in effect over a period of several weeks.

A new study in the Journal of Adolescent Health, noted in AAP News, examined the effects of sleep deprivation on 59 teens ages 15-18 at a boarding school in Singapore. The group was divided into two parts; one set of students could sleep for nine hours, which is the generally recommended length of sleep for teens of that age group. The other set of students were permitted only five hours of sleep, an amount not unusual for sleep deprived students. 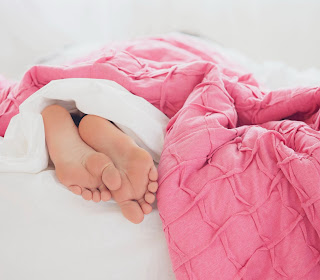 After a period of four days, designed to replicate a typical school week, both groups of students were taught detailed facts about ants and crabs over the course of a six hour day. The students were tested on what they had learned 30 minutes and then three days after the lesson concluded. Some of the students (from both the sleep deprived and the control groups) were also tested six weeks after the lesson.

The study authors noted, " We found significantly reduced retention of factual knowledge after four nights of restricted sleep, and this deficit was still evident when tested 6 weeks later." The data shows:


This study should be required reading for all teens who dismiss the importance of a full night's sleep.

*The links to our blog posts on sleep are too numerous to include. You can find them by searching the term "sleep" or selecting "sleep" from our list of blog topics, both of which are located on the right hand side of this post.

Photo by Tracey Hocking on Unsplash
Posted by Yellin Center for Mind, Brain, and Education at 10:09 AM