Research findings published in the September issue of Pediatrics look at the effects of "Movement Behaviors" on impulsivity in more than 4500 children, ages 8-11. These guidelines (The Canadian 24-Hour Movement Guidelines for Children and Youth) aren't really all about movement; they are evidence-based recommendations that children 5 to 13 years old:


The researchers were interested in looking at whether these behaviors would have an impact on impulsivity, which is a core characteristic in attention disorders as well as certain behavior disorders and emotional dysregulation. They began with the hypothesis that children who met all of the recommendations for these parameters would show less impulsivity than those who did not. 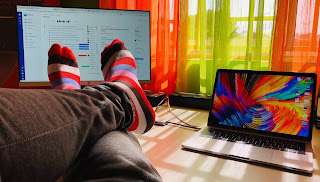 They looked at various combinations of physical activity, sleep, and screen time and determined that 30 percent of the children did not meet any of the recommendations. Less than 5 percent of the children met all the guidelines. The researchers found that the most important factors in whether children demonstrated reduced impulsivity (and its positive counterpart, perseverance) was sufficient sleep and limited screen time. Physical activity seemed to have much less of an impact.

The researchers note, "Our findings highlight that sleep and [screen time] interact in a fashion that provides unique benefits compared with meeting either movement behavior alone and may be especially clinically relevant to target concurrently in interventions, given a small percentage of children meet these movement behavior guidelines."

They conclude that while physical activity may not impact impulsivity, it has other important benefits. Furthermore, strategies to limit recreational screen time while encouraging early bedtimes and sufficient sleep, can help avoid and treat impulsivity related disorders.

Photo by Alfred Rowe on Unsplash

Posted by Yellin Center for Mind, Brain, and Education at 1:21 PM