Yesterday, in a unanimous decision, the U.S. Supreme Court rejected the findings of the Tenth Circuit Court of Appeals (whose members currently include Neil Gorsuch, who has been nominated to fill the vacancy on the Supreme Court bench) that the Individuals with Disabilities Education Act (IDEA) requires that students entitled to special education receive an “educational benefit [that is] merely . . . more than de minimis.” 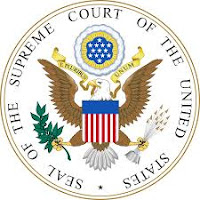 We have written previously about this case, Endrew F., and looked at how courts have interpreted the requirements of the IDEA that students receive FAPE - a free, appropriate, public education. The questions for courts over the years have focused on the meaning of "appropriate" and looked at what schools were required to do for students who qualified for special education under the IDEA.

The seminal case on this question was Rowley, which we examined in this blog almost seven years ago. In yesterday's decision, the Supreme Court looked back at Rowley and noted that it involved a student who was in a regular classroom, doing well, and able to participate in tests to measure her progress. The Justices noted,

“Rowley sheds light on what appropriate progress will look like in many cases: For a child fully integrated in the regular classroom, an IEP typically should be 'reasonably calculated to enable the child to achieve passing marks and advance from grade to grade' ... [However, they also noted that] Rowley did not provide concrete guidance with respect to a child who is not fully integrated in the regular classroom and not able to achieve on grade level."

For students like Endrew F., who has autism and significant behavioral issues which interfere with his ability to benefit from his education, the standards applied to Amy Rowley back in 1982 were not of practical use. These children have disabilities that make it unlikely or impossible for them to function in a regular classroom and the standards used for more typical learners with IEPs could not readily be applied to them. What some schools -- and the courts reviewing their conduct throughout the country -- did was to take advantage of the differences between a student like Amy Rowley and students with more extensive disabilities. Since advancing from grade to grade, passing tests along the way, was not a practical goal for these students, schools and courts believed that schools were required to provide an education that merely offered "some" or "more than de minimus" or a "just above trivial" educational benefit.

In yesterday's decision, written by Chief Justice Roberts, the Court soundly rejected that approach, and noted that "If ...it is not a reasonable prospect for a child, his IEP need not aim for grade level advancement. But his educational program must be appropriately ambitious in light of his circumstances, just as advancement from grade to grade is appropriately ambitious for most children in the regular classroom. The goals may differ, but every child should have the chance to meet challenging objectives." Furthermore, ... "the progress contemplated by the IEP must be appropriate in light of the child’s circumstances... A focus on the particular child is at the core of the IDEA. The instruction offered must be 'specially designed' to meet a child’s 'unique needs' through an '[i]ndividualized education program.' "

As the Supreme Court noted in the conclusion to its decision, "When all is said and done, a student offered an educational program providing 'merely more than de minimis' progress from year to year can hardly be said to have been offered an education at all."