Diversity an Asset in Teams 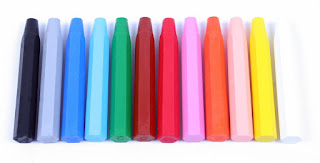 While most of the studies discussed in the article considered diversity in terms of racial, national, or gender identities, one interesting study considered general in-group and out-group diversity. Groups of same-sorority members and of same-fraternity members, along with similar groups that also included outsiders, were asked to solve a problem. While the outsiders were less confident about their answers, they were more likely to be correct. Diversity, beyond the particular skill sets and mindsets that each diverse member brings, may help to guard against "groupthink", i.e., the over reliance on group coherence at the expense of critical analysis.

The value of teams composed of people who are different from one another is certainly worth noting in the field of education. Educators themselves may benefit from collaborating with professionals who are different in their backgrounds and ways of thinking. Organizers of professional development activities should consider the value of teams that are not only interdisciplinary but diverse in other ways. Students working together in groups may have the richest learning experiences, and most successful outcomes, when those teams are heterogeneous. ​
Posted by Lindsay Levy, Ed.M. at 8:23 AM