Tuning In To Your Body To Help Cope With Stress

“Listen to your heart.” It’s a well-worn cliché. However, it is advice worth following, according to recent research reported in The New York Times. Increased heart rate is one of the numerous physical symptoms, along with shallow breathing and a palpable surge of adrenaline, experienced during times of stress. In moderation, it can be helpful; but in excess, it can undermine performance. The degree to which this physiological arousal and its accompanying emotional state then returns to normal (i.e., resilience) varies among people. Dr. Martin Paulus and colleagues set out to learn more about why this occurs.

Their study involved healthy adults who were asked to complete a questionnaire about their self-perceived levels of emotional and physical resilience. The subjects were then put in brain scanning machines and given face masks that the researchers controlled to create periodic moments of breathlessness. Those who had rated themselves low in resilience had distinct response patterns. As their masks threatened to close, their brain scans displayed relatively little activity in the areas that monitor body signals. When breathing then became difficult, they displayed relatively high levels of physiological arousal. In contrast, subjects who had rated themselves higher in resilience showed an almost opposite activity pattern, which paralleled that of soldiers and elite athletes who had participated in an earlier study. In these cases, when the masks threatened to close, the portions of the subjects’ brains that process body signals were highly active. Despite this, activity in the brain areas that intensify bodily arousal was rather slight. In other words, these subjects closely monitored the initial physical signs of stress but then diminished the response. 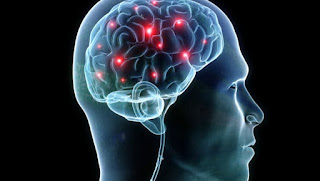 This suggests that paying close attention to your body may be important to effectively coping with stress. It makes sense, then, that mindfulness training programs such as one recently employed in Baltimore public schools have been shown to be so beneficial. So “Listen to your heart” is more than just a song from the 80's or the advice from your otherwise at-a-loss friend. It is an evidence-based strategy for keeping your cool.

Photo credit: modup.net via flickr
Posted by Lindsay Levy, Ed.M. at 11:51 AM