Lots of students admit, rather guiltily, that they are procrastinators. They know they shouldn’t wait until the last minute to get going on big projects and papers, but they just can’t seem to get started and can’t understand why. When students still live at home, this frustration is often shared by their parents. Everyone seems to want to change the young person’s tendency, but no one seems to know how.

Procrastination doesn’t just wreak havoc on the quality of final products, grades, or sleep schedules. An article in Observer, the journal of the Association for Psychological Science, explains something that many procrastinators probably already know: Procrastination takes an emotional toll, too. People who know they should get started on projects, but just can’t, seem to feel anxiety and guilt. This drains mental energy and makes them feel even less prepared to get working. Drained, they procrastinate even more. This can be a vicious cycle. 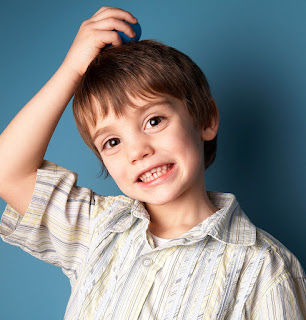 Luckily, there are ways parents can help, and independent students can tailor these suggestions to work for them, too. At The Yellin Center, students we identify as having challenges with sequencing often struggle most with procrastination. It may appear that they are unmotivated, but, in reality, their difficulty with breaking one big project into sequence of steps causes them to be unsure where to begin. They see a large, daunting task, instead of recognizing how every big project is really nothing more than a series of smaller, manageable pieces. Even if the student has never been evaluated to determine whether he has weak sequencing, helping him identify those steps is a great tack for adults to try. Step One should be making a list of steps.

Once the steps are identified, the student needs a game plan, which will vary according to the task. Maybe the goal will be to complete only the first step on the list for now; we find that often just getting even a small start on the work starts momentum that can be surprisingly easy to maintain. Or maybe the student should be helped to devise a schedule so she knows when she should do what.

For kids who struggle a great deal with procrastinating, a classic experiment from the Sloan School of Management at MIT may provide insight. The results suggest that external deadlines (set by parents if the teacher doesn’t establish them) may be best at first. In the experiment, researchers assigned proofreading tasks to three groups of students. The first group was asked to hand in one paragraph a week, the second to hand in all three paragraphs together at the end of three weeks, and the third was asked to select their own deadlines. In the end, the first group far outperformed the other two groups, with the second group struggling the most to get all of the tasks done at once. Even group three’s self-imposed deadlines were not as effective as the deadlines established by the researchers for group one.

Procrastination can be frustrating for all parties involved, so we hope this post provides some ideas that may work for your student. Go ahead and give one of them a try today – there’s no time like the present.
Posted by Beth Guadagni, M.A. at 1:34 PM