The Samuel Johnson Prize is the UK’s most prestigious literary award. This year, Steve Silberman’s popular science work Neurotribes: The Legacy of Autism and How to Think Smarter About People Who Think Differently took home the prize for nonfiction. This is the first time in a decade and a half that a popular science work has taken home the esteemed award. 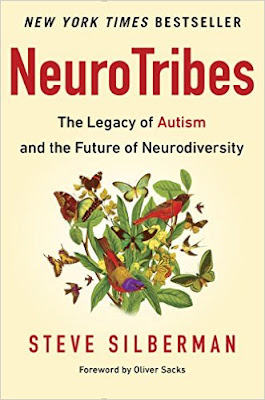 Autism Spectrum Disorder (ASD) is a complex neurodevelopmental disorder characterized, to varying degrees, by impaired social and communication skills, as well as the presence of repetitive, habitual behaviors. Currently, there is no definitive or singular cause for autism. However, researchers have begun unearthing several rare gene mutations that are being linked to ASD. Even with these advances in the research, the academic and medical community is still left with many unanswered questions.

Being the recipient of the Samuel Johnson Prize is not the first time Mr. Silberman has garnered acclaim for his writing on neurodiversity. He is an award-winning investigative journalist with bylines in The New Yorker, Time and Nature. His reach, however, extends beyond the realm of pencil and paper. His TED talk, “The Forgotten History of Autism,” has left a palpable impact and been translated into thirteen languages.

In his book Neurotribes, Mr. Silberman explores the history and shifting attitudes toward autism, as well as the complex science behind the childhood developmental condition. He digs into the social and political landscapes throughout history that have shaped our present understanding of autism. He traces the history of ASD all the way from its origins in the research of Hans Asperger to the modern day. He even goes as far as to try to tease out answers for why there has been an apparent explosion of ASD diagnosis in the past decade.

Perhaps the most exciting aspect of his book is his discussion around the growing body of "neurodiversity" activists. Mr. Silberman details how professionals and persons with ASD are coming together to promote self-determination by seeking accommodations and technological advances in the workplace, as well as in education. The underlying message of Neurotribes is that as a society we should stop drawing sharp divisions between what we assume to be "normal" and "abnormal." Instead, he urges that we be cognizant that everyone, regardless of the presence of a learning difference, has a uniquely wired brain. This is a sentiment that we here at The Yellin Center wholeheartily believe in, and a philosophy we try to propagate in our daily work. Mr. Silberman paints an optimistic picture of how the world can become a better, more accepting, increasingly understanding place for those with learning differences.
Posted by Renée Jordan at 7:12 AM