Scientists at NYU Langone Medical Center have just announced new research findings that may help explain how our brains focus attention on specific tasks and filter out distracting or unimportant information, a process often referred to as "saliency determination."

“Our latest research findings support a newly emerging model of how the brain focuses attention on a particular task, using neurons in the thalamic reticular nucleus as a switchboard to control the amount of information the brain receives, limiting and filtering out sensory information that we don’t want to pay attention to. Filtering out distracting or irrelevant information is a vital function. People need to be able to focus on one thing and suppress other distractions to perform everyday functions such as driving, talking on the phone, and socializing.” 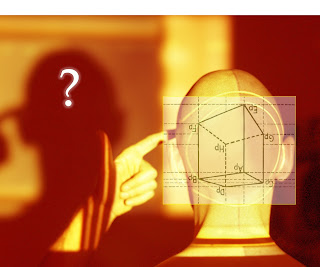 The researchers also noted the interaction of the thalamic reticular nucleus and the prefrontal cortex of the brain in controlling how the brain multi-tasks. The prefrontal cortex has long been known to control executive functions - organization, focus, and other behaviors that impact day to day functioning. The study looked at how mice were able to respond to stimuli when their prefrontal cortex was inactivated, which disrupted TRN neural signaling. When this occurred, the mice were not able to block out distracting stimuli and find a reward of milk.

Certainly, this research has a way to go before it fully explains how this process works in humans. But it may be a huge next step in explaining the brain issues underlying attention deficit and executive function disorders.
Posted by Yellin Center for Mind, Brain, and Education at 11:17 AM