The Importance of Spatial Skills Supported by Research 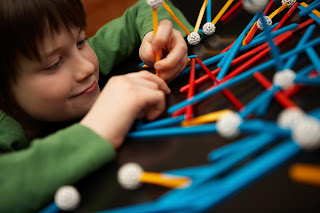 Researchers from the Department of Psychology and Human Development at Vanderbilt University have found that students who have strong spatial skills as young teens grow up to be particularly successful adults, to an extent not predicted by just looking at scores on SAT exams.

The study, published in the journal Psychological Science, looked at 563 students who, as 13 year olds in the 1970's,  had taken SAT exams earlier than is typical and had scored within the top one-half of one percent of test takers. These students had also taken a separate test that measures spatial skills. The researchers found, not surprisingly, that the extremely high scores on the SAT exams of these young teens were good predictors of their future academic success (measured by patents and scholarly publications). However, a much greater correlation could be seen when the results of the test measuring their spatial skills were factored into the equation.

The researchers note that their findings demonstrate the unique role of spatial ability in developing creativity, a role that goes beyond skills and aptitudes traditionally measured by standardized tests. They urge that the role of spatial ability should be examined further and such abilities should be included in standardized tests, such as the SATs and ACTs.

Here at The Yellin Center we have always looked at what we call "spatial ordering" as a distinct and important skill that includes such sub-tasks as spatial perception, spatial memory, and spatial output, and we have recognized the role of such spatial abilities, particularly in math, science, engineering, and the arts. We hope that this further validation of earlier research noting the importance of spatial ordering will bring renewed focus to this important area of strength for many students.

Posted by Yellin Center for Mind, Brain, and Education at 2:04 PM