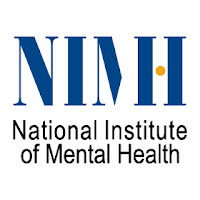 We recently came across an excellent explanation of the limits of the American Psychiatric Association's DSM, the newly revised Diagnostic and Statistical Manual of Mental Disorders. We have not been fans of the DSM approach to attention difficulties, and have written before about how the DSM does not go far enough in understanding how attention impacts learning and behavior.

The more recent criticism of the DSM was prompted by the release of a complete revision of this Manual, after much consideration, this past May. It comes from Thomas R. Insel, M.D., Director of the National Institute of Mental Health (NIMH), who discussed the limitations of the DSM in a blog post in which he described the DSM as, "at best, a dictionary, creating a set of labels and defining each."

Dr. Insel notes that the DSM diagnoses "are based on a consensus about clusters of clinical symptoms," not on laboratory measures or scientific studies. He goes on to explain that the NIMH has been engaged in a project to move beyond such diagnoses by focusing on research into areas such as imaging, genetics, and cognitive science.

This project, Research Domain Criteria (RDoC), will form the basis of how the NIMH, and presumably the extensive network it influences, looks at diagnosis, moving beyond the limits of the DSM. As the NIMH notes, "Rather than starting with an illness definition and seeking its neurobiological underpinnings, RDoC begins with current understandings of behavior-brain relationships and links them to clinical phenomena." This approach is very much in keeping with the approach we apply at The Yellin Center, and we look forward to the day when this project results in a universal understanding of the need for looking at the science behind labels.
Posted by Yellin Center for Mind, Brain, and Education at 2:17 PM