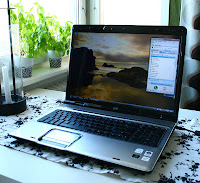 Online education, particularly when it’s free, is exploding in popularity around the planet. A recent article in the New York Times explores the success of Massive Open Online Courses (MOOCs). Traditionalists may be surprised that one of the primary findings reported in the article is that MOOCs can be more efficient and effective than traditional classes led by a teacher. Surprised? Duolingo, a popular Web-based language instruction site, commissioned a study to determine how effectively their product teaches languages such as Spanish, German, French, Portuguese, Italian, and English to non-native speakers. The results showed that the average learner with no knowledge of Spanish would need to devote 135 hours to cover a semester’s worth of entry-level Spanish curriculum, whereas the same content could be learned on Duolingo in only 34 hours! The study was small and its results can’t realistically be generalized beyond its preliminary findings. Still, the indication seems to be that, done right, MOOCs can be effective indeed. And the best part? MOOCs are free.

One problem with MOOCs, however, is that students are unlikely to finish courses in which they enroll. Perhaps it’s easier to drop a free service than one that charges tuition, or maybe students are less motivated by a computerized instructor than they would be by face-to-face interactions with classmates and a professor. Whatever the reason, the New York Times piece reports that fewer than ten percent of MOOC students complete their coursework. Still, the article reasons, if 5,000 people out of the 100,000 who initially signed up walk away with a new knowledge base, it’s hard to say that the MOOC was unsuccessful. We agree.