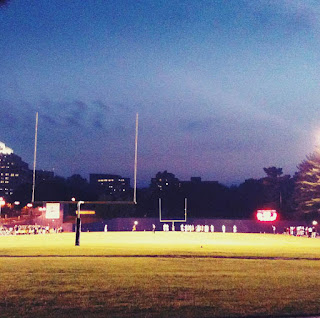 As a parent, pediatrician, and lifelong football fan, I was naturally drawn to the article on the first page of yesterday’s New York Times, “A 5-Concussion Pee Wee Game Leads To Penalties for the Adults.” The article was particularly timely as we embark on a major initiative at The Yellin Center to better understand and address how concussions affect academic performance. As I read the Times article, I followed the narrative as the litany of concussions in this single football game in Massachusetts unfolded. As Chris Nowinski, president of the Sports Legacy Institute aptly noted, there were undoubtedly many more concussions than those that were diagnosed. While I do believe that adults need to be held accountable for their decisions when they are responsible for children’s safety, I think we are fooling ourselves if we believe that this alone is an effective way to address this problem.

As a former Chief Medical Officer of a hospital, this football game is what we would call a “sentinel event.” Like the canary in the coal mine, sentinel events often tell us that there are big problems that need to be confronted. In almost every case, individual errors in judgment can be identified. However, when one looks closely through a process called a “root cause analysis” one usually finds that these kinds of errors in judgment are often more widespread and that the sentinel event represents a “perfect storm” of causes. Taking an immediate punitive approach often short-circuits the root cause analysis and discourages people from coming forward in the future to report minor problems before they become major ones.

It’s clear that concussions are not only a problem for the youngest players. A follow-up article in today’s paper about concussions in high school football refers to a study from the Pediatric Brain Trauma Lab at Massachusetts General Hospital that found that 486,000 combined head impacts had been recorded over a five-year period among players from the football teams at Brown, Dartmouth and Virginia Tech, as well as two men’s and two women’s hockey teams.

Was I the only one that was stunned when I read that based on the rules of “safety” the weight limit for 10 year olds in the Pee Wee game was 120 pounds? 120 pounds is more than 20 pounds above the 95th percentile for 10 year olds! Furthermore, as the Times notes, “rules are only as effective as the adults charged with enforcing them. Four of the five injured boys have resumed playing football…”