Memory is a strange animal indeed. Recent research suggests that people have difficulty differentiating between what they know and what is familiar to them unless they are specifically prompted to do so. Dr. Yellin likes to share a story about a conference about memory he attended in which the lecturer asked the attendees how many of them knew how a toilet worked. Most of the hands in the room went up. The lecturer then asked how many of them could explain it step by step. Nearly every hand went down. This is the difference between familiarity and mastery: Just because our memories have encountered a concept before does not mean that we understand it thoroughly. 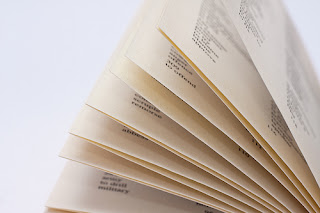 The first step in transitioning from a recognizer to a master of a concept is to determine where the gaps are, and sometimes that realization takes some outside prompting. This issue is particularly prevalent in the issue of vocabulary. Many students will say that they know a word’s meaning only to be unable to define it when asked. Chances are they’re not being cheeky; their brains are just confusing familiarity with mastery. To help students combat this, a vocabulary scale can be a great tool.

The scale is made up of four levels:

Level 1 – I can define that word and use it in a sentence.

Level 2 – I’ve heard that word before and know the gist of it. I may be able to give you some examples or use it in a sentence, but I can’t come up with a solid definition.

Level 3 – I’ve heard that word before, but I have no idea what it means.

If an adult working or talking with a student suspects that a student does not know a word, s/he should ask the student to determine which level the word is for them using the scale. Sometimes, simply discussing a Level 2 word is enough to help students construct a definition for it. Words from Level 3 and 4 should be taken in context, and preferably in the context of other sentences as well, deconstructed, and looked up.

The vocabulary scale is not intended to instruct students in vocabulary, per se. It can, however, make students more self-aware of their levels of word knowledge, making it even more powerful than any curriculum.