Scientific American has reported on findings from the recent Experimental Biology meeting in San Diego that look at the relative effectiveness of cognitive and behavioral therapies versus medications in helping children and young adults with Attention Deficit Hyperactivity Disorder (ADHD). 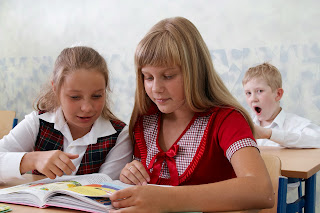 Included in the research reported at the meeting were findings by Dr. Claire Advokat of Louisiana State University, who looked at college students with attention difficulties and found that it was not medication, but good study habits, that determined several parameters of college success, such as grades. Dr. Advokat noted, according to the Scientific American report, that this does not mean that medication had no effect for these students, but that it may help students develop good study habits, which then improves student performance.

Other researchers at the Experimental Biology meeting included Dr. William Pelham of Florida International University, who noted improvement in children's ADHD behaviors, such as classroom disturbances, when their parents received training in behavioral tools and in managing their own stress. Dr. Pelham has also conducted studies suggesting that children with ADHD who receive low doses of medication combined with behavioral therapy do better than children receiving only medication or only therapy.

While there is much work to be done, none of the researchers whose findings were discussed in this article by Scientific American suggested going back to the days before ADHD medications became available and only cognitive and behavioral therapies could be offered; they generally agreed that it is important to explore the relative uses of all available modes of treatment. While medications generally work more quickly and are more cost effective than longer term behavioral therapies, they can have side effects. The real question that remains is what works best for each individual child and young adult in the long run.
Posted by Yellin Center for Mind, Brain, and Education at 11:24 AM