The Role of Memory in Decision Making

We've all heard the expression "learning by doing." But just how does having done or experienced something in the past actually help shape our decisions and behaviors later?

Scientists at the University of California, San Francisco, have looked at brain processes in rats to better understand how humans build on their past experiences in making new decisions. Dr. Loren Frank and his team blocked the neural pathways -- split-second electrical bursts in the memory areas of the brain -- that enabled the animals to "replay" their past experiences learning their way through a particular maze. Earlier studies had suggested the role of mentally reliving past experiences as key factor in making new decisions, such as how to approach a new maze configuration. But it was necessary to isolate this brain function to understand its importance to learning and decision making. When this function was blocked, the rats were unable to link their previous experience with the maze to their current situation and their performance in the maze deteriorated. 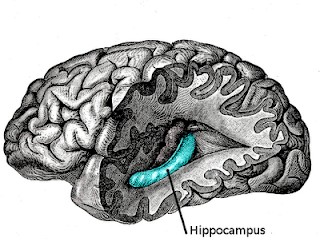 “It appears to be these ripple-like bursts in electrical activity in the hippocampus that enable us to think about future possibilities based on past experiences and decide what to do,” Dr. Frank stated to the NIH’s National Institute of Mental Health (NIMH), which helped to fund the research. "Similar patterns of hippocampus activity have been detected in humans during similar situations.” This "awake mental replay" is related to the way that sleep helps to consolidate memories in humans and is also related to day-dreaming. It seems even when we think we are disengaged, our brain is busily at work, consolidating what we have learned and readying us to apply it to a new situation.