New York City's initiative to close more than 20 large, struggling high schools and replace them with new smaller schools, often in the same building as the older schools, is looking like a success. According to a study by the nonprofit group MDRC, reported in Education Week, students moving from the large high schools to to the new schools -- called “small schools of choice” (SSCs) -- showed improvement in numerous areas.


Graduation rates climbed; 58.5 percent of the SSC students are on track to graduate in four years, an increase of 10% over students in non-SSC schools. Furthermore, by the time the students in the SSC schools were seniors, they had a graduation rate almost 7% higher than other students. And, significantly, the gains seen in the SSC schools were seen across a wide range of students, including male students of color, whose educational prospects, the study notes, "have been historically difficult to improve."

The SSC schools generally have about 100-400 students, divided over four grades. The schools they replaced sometimes had several thousand students. They are open to any student in their district and are often in historically disadvantaged communities. Part of the process of opening the SSC schools was centralizing the admissions process for high school students where students get to rank up to 12 schools they want; if their schools of choice are filled, they are placed by lottery. The SSC schools have other advantages: additional funding and community support, assistance with leadership development, and easing of some administrative restrictions that apply to other schools, such as the right to hire new teachers even during a hiring freeze.

The study is an early one in the lives of this initiative. The SSC schools began in 2002 and the study could look only at six years of progress. Still, these are encouraging findings and we are hopeful that this new model of high school education will continue to benefit these students and others to come. But we are also aware that the closing of the large high schools can be difficult and disruptive for the students who are attending them, especially students who are English Language Learners, as noted in another Education Week story. 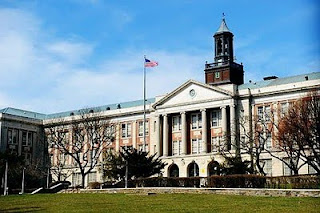