An Approach to Empowering Dyslexic Students

Note: This post is the second in a three-part installment that describes a problem I faced in designing curriculum for dyslexic students and the solution I discovered. In the last post, I explained my role, introduced my students, and described the problem and my idea for combating it. This post will explain my rationale for that solution. In the next post, I’ll share my procedure and the resources I’ll use to implement this project in my classroom.

The more I thought about it, the more I realized that the year-end project of a self-advocacy letter would tick an enormous number of boxes.

1.  Reflective learners are better learners. To write this letter, students would have to do lots of self-reflection as they figured out how to introduce themselves to their teacher. They’d need to think carefully about what approaches work for them as learners, which is an important revelation for anyone (and for kids with learning disabilities, in particular). I’d be sure to format the letter in such a way that students would have to list strengths along with their challenges, since kids with learning disabilities need frequent reminders that they have plenty of talents and skills.

2.  To write their letters, students would need to learn about the condition of dyslexia. Kids who are diagnosed at an early age often aren’t even sure exactly what dyslexia means. Knowing the nuts and bolts of their particular brain wiring can help their experiences make sense and give them confidence. All of my students struggle with attention, too, and one has severe anxiety that affects her classroom experience, so crafting this letter would give all of them the chance to research and put into words the effects of, and strategies for, all of these conditions. I hope it will give them a sense of agency and ownership.

3.  A letter is an easy format for transmitting information. I’ve seen approaches to self-advocacy in which a student gives a presentation to his/her teachers, and while I think it’s a nice idea, it’s not ideal for my population. My students all struggle with word retrieval. They’re also fifth graders. So setting them up to lead a session on their own learning in front of a crowd of middle school teachers they’ve never even met didn’t sound like a great idea. This, of course, was assuming the school could even manage to get all of their teachers and the relevant administrators in the same room at the same time at the frantically busy commencement of the school year. My experience working in large, public schools told me this was unlikely. Instead, I envision them walking up to their teachers at the beginning of next year, handing off their letter, and being done with it. 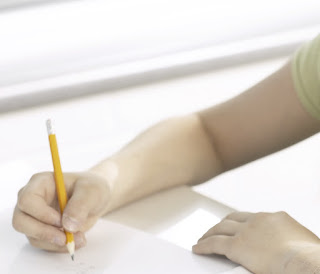 4.  A letter is adaptable. At the end of this year, each of my students will take home an electronic document that can grow and change as they do; I will encourage their parents to revisit the letter in the weeks before each new school year begins to provide their kids with an opportunity for reflection.

5.  A letter is, obviously, a real-world writing application. We’ve been working on crafting paragraphs that contain both solid points and justification for those points, but usually I’m their only audience. Their letters, on the other hand, will serve an actual purpose in their lives, and it will be easier for them to understand why they have to explain their points when writing.

6.  The letter will tie our curriculum together. Our class reads this year have included Al Capone Does My Shirts, The Cay, and Rules. I realized long after I had made these selections that each book features at least one character with some sort of physical handicap or learning difficulty, so I will use that common theme as a lens through which to analyze what we’ve read. After talking and writing about the strengths and challenges that each of these characters brings to the table, my students can put those analytical skills to work by turning the lens on themselves.