The mother of a high school student with attention and reading difficulties recently asked us what she could do to make her son take advantage of the accommodations provided in his IEP. Since her son's learning and attention issues had been diagnosed in fifth grade, he had an IEP that provided for extended time (1.5 times standard time) and a quiet place to take his exams.

As a practical matter, that meant that when his class was taking a test in class, he went to the school library, where he was placed in a small side room. The librarian kept an eye on him while he took his test and he returned to his classroom when he was finished. He went along with this plan until he reached high school, at which time he announced to his parents that he didn't want to be singled out from his friends and that he was embarrassed to have to leave the class for testing. The more his parents pushed back, the more adamant he became. That's when his mom reached out to us.

We had some questions, the answers to which would help determine what might be appropriate to do or say in this not uncommon situation: 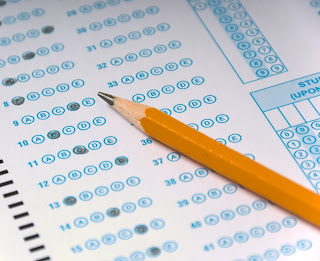 These questions helped this family sit down and discuss this issue. His parents shared his most recent testing that supported the need for accommodations, and showed their son how his reading rate improved when the evaluator gave him extra time to complete reading tests. They discussed his plans to attend a competitive  college and looked at the GPA that that particular college required. Eventually, they agreed that the student would forgo his accommodations for two or three months and see how things went. They advised his teachers of this decision, emphasizing that it did not mean that he was declining his extended time. He found that his grades did drop a bit during this period and ultimately he decided that he wanted to continue to use his accommodations. Since the decision was his, it was one that he adhered to. Last we heard, he was using his extended time and quiet location and doing well in school.
Posted by Susan Yellin, Esq., Advocacy and Transition Services at 1:28 PM