How often do you hear someone say “I’m not a numbers person”? I’ve heard myself utter these words on more than one occasion, even though I’ve successfully completed multiple graduate-level statistics courses. Somewhere during our many years of educating students, we’re sending the message that some people just aren’t cut out for math even if they perform well through the years. What about “I’m not a words person”? Probably not as often, right? We put a lot of pressure on students to be competent, even excellent readers, regardless of whether they struggle with the skill, but, with math, we often let kids believe they either have it or they don’t. We covered this topic back in 2011, but there have been some interesting updates in the research since then. 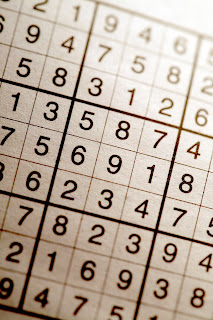 Research conducted a few years ago by Dr. Sian Beilock, the author of Choke, found that parents can transmit their math anxiety to children with phrases like “I’m not a math person either, and that’s okay”. Here at The Yellin Center, we know that success comes from practice and appropriate instruction, not innate ability. A 2015 study actually found that parents’ provision of more help with math homework predicted more math anxiety in students. Working together on math homework is a time when parents are inclined to let their children know that they don’t feel like “math people” through grimaces, comments, and visible frustration. An earlier study also identified math-anxious elementary school teachers as contributors to math anxiety, particularly for girls.

So how do teachers and parents help prevent the formation of math anxiety? A recent article in The New York Times provides some insight into the difficult subject. First, math begins at home, long before children enter school. Parents can point out the usefulness of math in the everyday environment – at the grocery store, while cooking, counting toys, etc. It’s second nature for parents to introduce young children to letters and literacy before school, but many adults, especially those who are anxious around numbers, might leave all the math work to the teachers. Research shows, however, that entering kindergarten with some solid early numeracy skills makes a real difference in achievement later on. There are plenty of bedtime stories out there that focus on numbers, as well. The website Pre-K Pages has a sizeable list. Most importantly, though, parents should work to overcome or face their own math anxieties and to be cognizant of how they are communicating to their children about math skills. Am I sending the message that this is another important skill to be conquered over the years, or am I telling my child that she or he might have what it takes, but might not?

If you want to take a short quiz to see where you fall on the math anxiety spectrum, check out this one, modeled after the tool used in the 2015 research.

Want to learn more about math anxiety? Check out these resources: